What’s the best BMI? Why is it that people who are “fat” live longer and healthier lives?

Beware the killer lipid lurking in the U.S. food supply

And now today, it’s in almost every single food item we eat.

It’s in fast food, organic food, so-called “healthy” foods – every single food at the grocery store is full of this toxic chemical.

Unfortunately, there’s almost no way to avoid eating this killer chemical nowadays. It’s in too much of the food supply.

But I’ve finally discovered a way to safely destroy this killer lipid once it enters our bodies — BEFORE it gets in the bloodstream and wreaks havoc in our cells and organs.

Discover how to destroy this killer chemical lurking in the U.S. food supply and save yourself from obesity, diabetes, ED, and even Alzheimer’s.

It’s no secret that I think the “low carb revolution” is killing people.

Eating low-carb, high-fat diets like Paleo or Atkins CAN help you lose weight in the short term…

But they can end up doing serious damage to your body over the long term – especially your liver and kidneys.

And most of the time, people on these programs end up gaining the weight back plus some.

Now, with that being said… I do get it.

I got TOTALLY caught up in the low-carb lifestyle about 10 years ago.

I’d feel great for a while (usually six months to a year) and then I’d start to feel like crud.

The research turned EVERYTHING I thought I knew about nutrition completely on its head. I was STUNNED.

Humans actually do better on a high-carb, low-protein diet…

The first thing I want to tell you is that I’m not a doctor, so I can’t in any way give you medical advice. But I can report on what’s actually working for people to live longer and better lives.

The longest-lived people in the world…

The people in Okinawa, Japan have some of the longest lifespans in the world.

“Of particular note is the number of people who reach 100 years of life. For every 100,000 inhabitants, Okinawa has 68 centenarians – more than three times the numbers found in US populations of the same size. Even by the standards of Japan, Okinawans are remarkable, with a 40% greater chance of living to 100 than other Japanese people.”

What’s even more amazing is that people in Okinawa not only live a LONG time, but they also beat almost all the effects of aging…

…with a huge majority living independently until the age of 97.

“Rather than suffering a prolonged demise, the Okinawan centenarians appeared to have delayed many of the usual effects of aging, with almost two-thirds living independently until the age of 97. This remarkable ‘healthspan’ was evident across many age-related diseases.”

There are many theories on why Okinawans have this astounding health.

But one thing that seems to contribute is eating a diet high in carbs and low in protein – nearly the opposite of all the “guru” diets out there today.

“So could the ‘Okinawan Ratio’ – 10:1 carbohydrate to protein – instead be the secret to a long and healthy life?”

This type of diet has been shown to protect against cancer, cardiovascular disease, and Alzheimer’s.

“According to these findings, a low-protein, high-carbohydrate diet sets off various physiological responses that protect us from various age-related illnesses – including cancer, cardiovascular disease, and Alzheimer’s disease. And the Okinawan Ratio may achieve the optimal dietary balance to achieve those effects.”

The benefits of the 10 to 1 ratio aren’t just evident in the Okinawan population.

Researchers also show amazing results of the 10 to 1 diet in extensive research of animal diets – and the results are just as remarkable.

The following quote is from an article about the studies done by Samantha Solon-Biet, who researches nutrition and aging at the University of Sydney:

“Solon-Biet has conducted a series of studies examining the influence of dietary composition (rather than sheer quantity) on aging in animals, and her team has consistently found that a high-carb, low-protein diet extends the lifespan of various species, with her most recent study showing that it reduces some of the signs of aging in the brain.”

“Amazingly, they have found that the optimum ratio is 10 parts carb to one part protein – the same as the so-called Okinawan Ratio.”

Increase your carb intake and lower your protein and fat intake.

Young people in Japan are struggling and not having sex…but the older men, well… It’s being called the “quiet revolution” that no one outside Japan knows about… 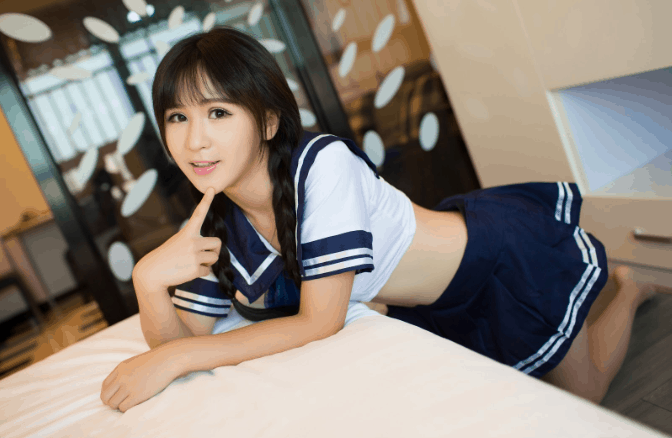 Matt Cook is editor-in-chief of Daily Medical Discoveries. Matt has been a full time health researcher for 26 years. ABC News interviewed Matt on sexual health issues not long ago. Matt is widely quoted on over 1,000,000 websites. He has over 300,000 daily newsletter readers. Daily Medical Discoveries finds hidden, buried or ignored medical studies through the lens of 100 years of proven science. Matt heads up the editorial team of scientists and health researchers. Each discovery is based upon primary studies from peer reviewed science sources following the Daily Medical Discoveries 7 Step Process to ensure accuracy.
Daily Medical Discoveries has strict sourcing guidelines and relies on peer-reviewed studies, academic research institutions, and medical associations. We avoid using tertiary references. You can learn more about how we ensure our content is accurate and current by reading our editorial policy. To continue reading about Okinawan Ratio and other topics that pertain to men, click here. If you’d like further information, feel free to check out these references: