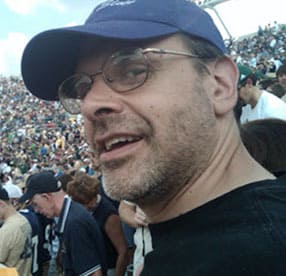 Matt Cook has been researching natural and alternative medical information for over 20 years. Matt’s family owns and operates Calworth Glenford LLC, in its 21st year serving men in over 81 countries worldwide.

Matt’s father is a physician who now resides in a nursing home. His father prescribed conventional remedies and treatments, and then came down with diabetes and was prescribed those same medications. The medications resulted in complications, and he had to suspend his license. He suffers from dementia and cahexia and Matt wants to help men avoid the fate of his father.

Matt himself was taking 8 medications and was becoming sicker and sicker. One day he started his own “dangerous experiment” and was able to completely recover without any medications. Today he is healthy and fit and has no need for doctors.

Matt experienced chronic and debilitating erectile dysfunction in this time. He researched the problem and discovered that ED almost always involves desensitization, and sometimes results from heatlh issues. Matt became an expert in helping men recover sexual function as Matt himself has done, and to this day he has over 70,000 subscribers and over 21,262 students who he has helped.

Matt has made this his life’s mission: to help men live healthy and happy with abundant lives and abundant sexual connection through to age 120.

Matt has been interviewed by ABC News, Cosmo magazine, had many radio appearances and appears on literally thousands of websites.

He has consulted for US congressmen, rabbis, pastors, and over 21,262 students helping these men achieve and maintain health sex and happiness in their lives.