Whether stents work or not is hardly a question, unless you really think about it.

Stents are being installed in over 1 million men and women’s heart every year.

We would think they would work right? 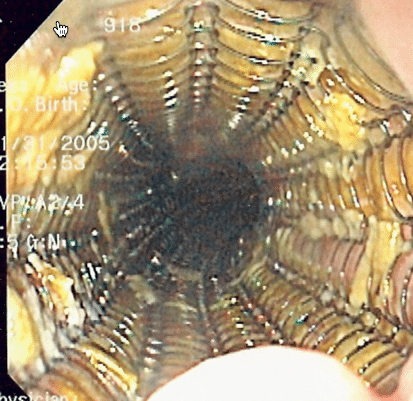 Except that there is no proof that stents actually work.

And by work, I mean that there’s no proof that stents reduce the risk of heart attack, or that stents prolong life.

Remember, there is no legal requirement for a surgeon to prove that a certain surgery has a favorable outcome.

Drugs have to prove themselves a little.

But surgical procedures don’t have any such burden of proof.

So it’s important to test these assumptions.

We need to test the assumption that stents and angioplasties and bypasses are a Good Thing.

This study set out to challenge these assumptions.

This landmark study has yet to be fully accepted by cardiologists and heart surgeons.

Of course, they make their living today by installing stents.

So first let’s look at the study.

Researchers took 2287 patients who had experienced a heart attack and who had significant coronary artery disease.

They randomly assigned some of the patients to go through stents, and balloon angioplasties, or bypasses.

But mostly they focused on stents.

They assigned 1138 to simply get medications and nothing more.

They followed up with these people for almost seven years.

19% of the people in the stent group had a heart attack, died or had some life threatening medical event.

There were no significant differences between the stent group and the medical-therapy group in the composite of death, myocardial infarction, and stroke; hospitalization for acute coronary or heart attack.

The researchers after seven years concluded:

Stents did not reduce the risk of death, myocardial infarction, or other major cardio- vascular events

Now there was a huge outcry when the study came out.

There was an outcry accusing the researchers of a host of study shortcomings.

They were accused of selecting a particularly sick group, and of not selecting the right patients.

There were claims that the researchers did not follow good methodology.

But even with all of these criticisms, the study has held out to be methodologically quite sound.

So why don’t stents work?

The reason may be that stents introduce a foreign object in of the body.

It could be that even though they have coatings with drugs in them, our bodies still reject them.

Regardless of the coatings and precautions, they are foreign bodies, and our bodies may see them as intrusions.

They may cause a whole cascade of chemical reactions on their own.

In addition, there is good evidence that the heart creates new vascularity quite quickly.

This means that when old arteries get clogged, new ones form.

My dad had a triple bypass maybe 40 years ago.

Decades later, when they looked at his heart, they determined that the triple bypass had clogged up.

It appeared to have happened only a few months after it was done.

Well, my dad was blissfully unaware of it.

His heart was doing just fine with new blood vessels that formed around the bypass.

Nobody knows why stents don’t work.

But 1 million of these procedures are done each year.

Most of them (if not all of them) are probably counterproductive and may be hurting people’s health.

They’re very expensive and they give full employment to heart surgeons.

Even worse, they may actually be a bad idea.

In fact, this isn’t the only study to show that stents are worthless.

In the aggregate, these studies, including our own, include outcome data on more than 5000 patients and show that stents have no effect in reducing major cardiovascular events.

Optimal Medical Therapy with or without PCI for Stable Coronary Disease
http://www.nejm.org/doi/full/10.1056/NEJMoa070829

See this for more on Coronary Disease, and see more on Medicine, and for more information see stents in heart.