If you or a loved one is taking these, this is super-important…Can you get addicted? What happens if you take them long-term? Can you get tremors? Can they cause erection problems? Can they stop you from feeling the emotions of love?

My balls were dangling down further…but were actually smaller and less heavy…and I felt like what I had never got hard anymore, no more morning erections…

My doc said, “What do you expect? You’re getting older,” and didn’t have any ideas for me.

But something about that didn’t seem right. Why didn’t I have that stamina and hardness that I used to have? I’m not THAT old.

Well, it turns out my problem was PENILE FIBROSIS…

Finally, this explained it…this short article shows what is wrong in 22% of men (and their docs don’t know about it) 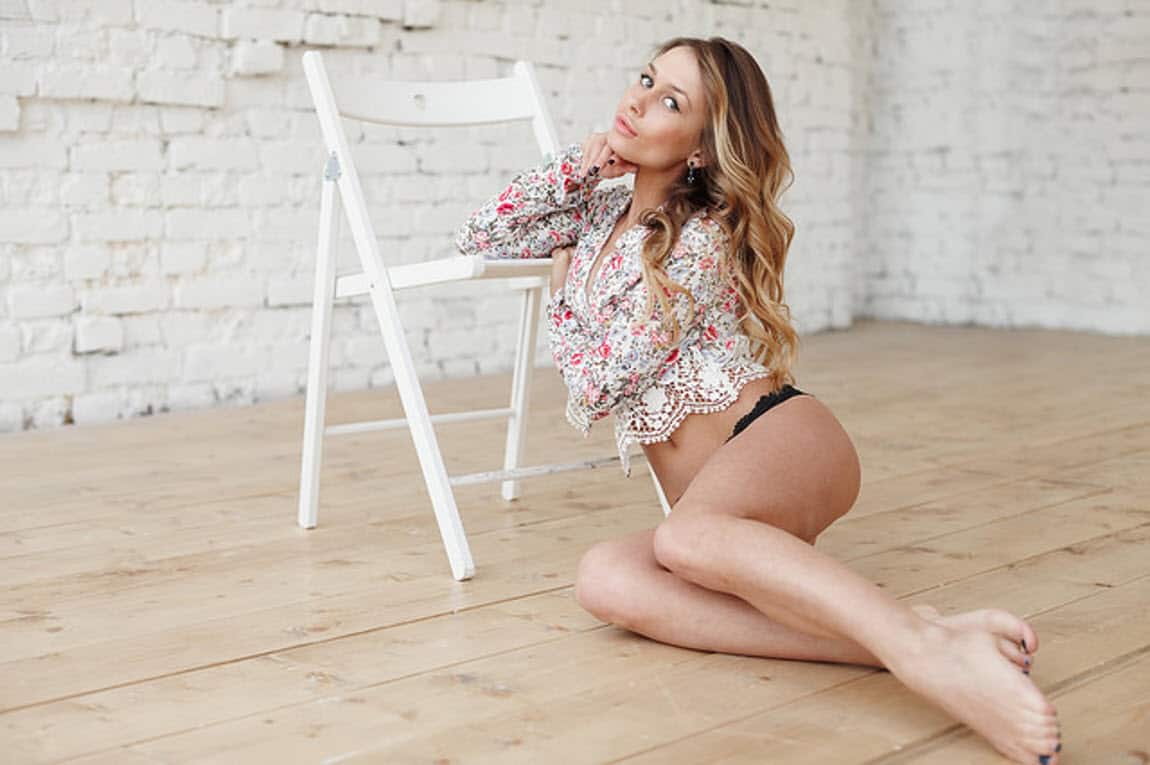 The hidden dangers of antidepressants

Withdrawal symptoms suck. And they are only one of the problems associated with taking antidepressants…

But what happens when your doctor gives you a treatment that you ultimately have to withdraw from?

And, no, I’m not talking about opioids here – although they have their own set of problems.

What I’m talking about is something that one in six Americans takes – antidepressants.

Antidepressants are marketed as a miracle cure for mood disorders.

But it turns out they have a dark side.

The downside to antidepressant use…

There’s no doubt in my mind that antidepressants can be a huge relief for some people.

But they were never approved as meds for long-term use.

And many people are finding them extremely difficult to get off because of how addictive they can be.

“Long-term use of antidepressants is surging in the United States, according to a new analysis of federal data by The New York Times. Some 15.5 million Americans have been taking the medications for at least five years.”

The rates of long-term antidepressant use have been soaring, and they just keep going up…

With no end in sight.

As you can see from this chart (below) there are now over 15 million adults in the United States who have been on antidepressants for five years or more.

That’s up from around 3 million in 2000. You probably already know that I’m NOT a fan of unneeded maintenance drugs because they often do WAY more harm than good.

That’s why I find this data very, very concerning… 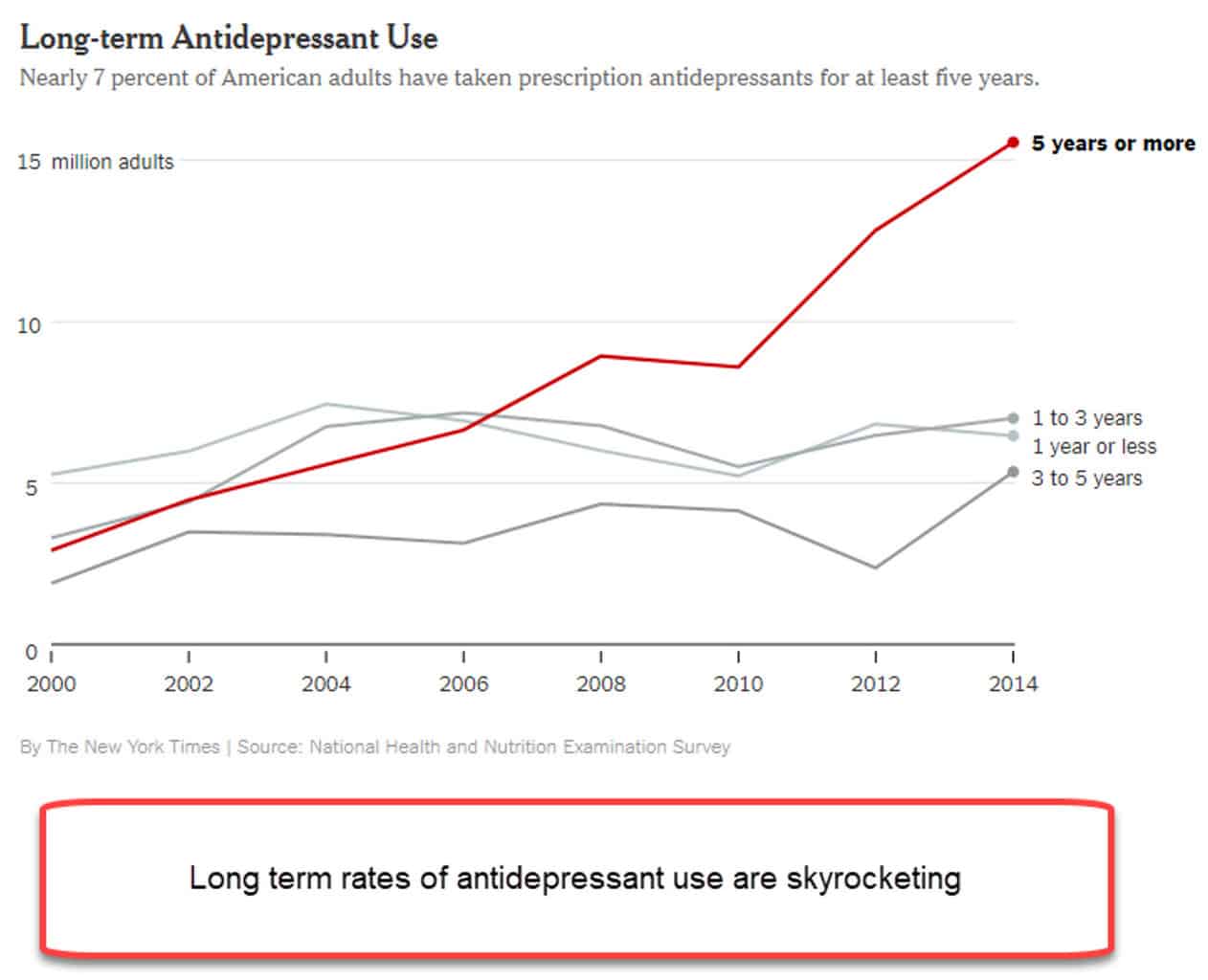 Does long-term antidepressant use do people more harm than good?

Here’s the reality: Antidepressants can cause major side effects including weight gain, potency problems, and lack of libido.

And that’s with short-term use.

When you get into long-term use, many people have all the side effects plus really difficult withdrawal symptoms that make it hard to quit.

“The rise in longtime use is also the result of an unanticipated and growing problem: Many who try to quit say they cannot because of withdrawal symptoms they were never warned about.”

What makes this worse is that doctors keep giving out these chemicals to people over the long term when they were only studied for about two months in active use during their initial approval process.

“The drugs initially were approved for short-term use, following studies typically lasting about two months.”

“Even today, there is little data about their effects on people taking them for years, although there are now millions of such users.”

So, we really don’t know what these antidepressants do to people long term – even though 15 million Americans are on the long-term cycle (and more if you count people using them for two or three years).

This is really outrageous.

With the side effects that antidepressants have, it’s entirely possible that they’re contributing to our obesity epidemic and the rise we’re seeing in erectile dysfunction.

“Antidepressants are not harmless – they commonly cause emotional numbing and sexual problems such as a lack of desire or erectile issues and weight gain.”

They describe a sense of foreboding directly related to the antidepressants.

Unfortunately, my students are not the only ones reporting this effect.

Lots of other people talk about it.

While it seems hard to describe, it’s very real to the people experiencing it.


“Long-term users report in interviews a creeping unease that is hard to measure.”

While antidepressants don’t seem to have the addiction rate of something like cocaine, they are extremely addictive.

Nearly half of long-term users say they can’t quit because of the withdrawal symptoms.


“Patients who try to stop taking the drugs often say they cannot. Nearly half who tried to quit could not do so because of [withdrawal] symptoms.”

Unless your depression is life-threatening, then my recommendation to you – and remember I am NOT a medical doctor and this is not medical advice – is to try every other option before you go on antidepressants.

Getting outside works really well to help with depression.

And exercise has been shown to help as much as antidepressants do.

Be very careful before you let a doctor put you on one of these drugs.

I made that mistake and here’s what happened to me…


I wanted to stop taking these…

…I flushed the rest of them down the toilet.

Oh, no. My sexual problems were about to get a million times worse… until I did this… 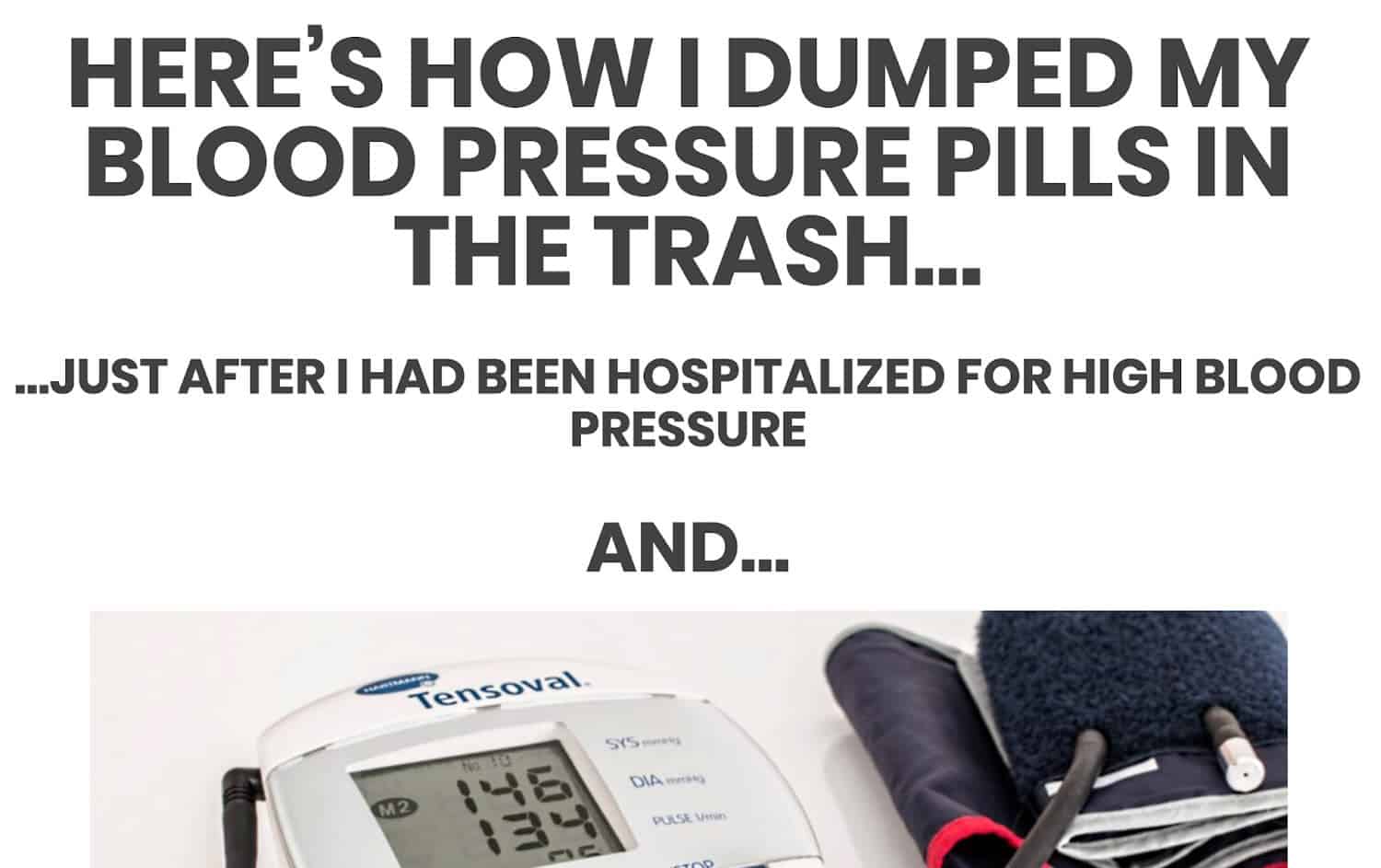 See the rest of my extraordinary story

Matt Cook is editor-in-chief of Daily Medical Discoveries. Matt has been a full time health researcher for 26 years. ABC News interviewed Matt on sexual health issues not long ago. Matt is widely quoted on over 1,000,000 websites. He has over 300,000 daily newsletter readers. Daily Medical Discoveries finds hidden, buried or ignored medical studies through the lens of 100 years of proven science. Matt heads up the editorial team of scientists and health researchers. Each discovery is based upon primary studies from peer reviewed science sources following the Daily Medical Discoveries 7 Step Process to ensure accuracy.
Many People Taking Antidepressants Discover They Cannot Quit https://www.nytimes.com/2018/04/07/health/antidepressants-withdrawal-prozac-cymbalta.html Long-term antidepressant use: patient perspectives of benefits and adverse effects https://www.ncbi.nlm.nih.gov/pmc/articles/PMC4970636/Discontinuing Psychiatric Medications: A Survey of Long-Term Users https://ps.psychiatryonline.org/doi/abs/10.1176/appi.ps.201700070?journalCode=ps&