The ketogenic (keto) diet is one of the most popular dietary health interventions at the moment.

Proponents claim that this diet can cure almost anything.

A keto diet involves eating a very large amount of fat, a moderate amount of protein, and very little carbohydrates.

The ketogenic diet is primarily aimed at people with metabolic diseases such as insulin resistance and diabetes.

Many proponents claim that removing sugar and carbohydrates from your diet has a therapeutic effect.

However, science does not support the idea that sugar causes metabolic problems.

This human experiment shows the detrimental effect of a ketogenic diet in young obese men.

These scientists conducted the study at the Public Health College, Harbin Medical University, Harbin, China and published the results in the Journal of Diabetes.

“Gurus” tout the ketogenic diet as the cure for all metabolic disorders.

But there is not much evidence to support that claim.

“Metabolic perturbations in obese young men with hyperlipidemia after high‐fat diet are not yet clear, and remain to be determined.”

So this study set out to measure the effect of a keto diet on metabolic disorders.

“The aim of this study was to investigate the effects of a short term high-fat diet on glycolipid metabolism and insulin resistance in young obese men.”

The study involved 60 young men – 30 of normal weight and 30 with obesity and elevated blood lipids.

“Sixty young men, 30 normal weight and 30 obese with hyperlipidemia, were enrolled in the study.”

Before starting the study, the researchers metabolically profiled the participants.

The men then ate a high-fat/ketogenic diet for three days and the researchers metabolically profiled them again.

The ketogenic diet had a terrible effect on the metabolic profiles of obese men.

HOMA-IR is a complex analysis that looks at multiple metabolic measurements.

Researchers use it to assess insulin resistance and pancreatic health – increases in HOMA-IR are a bad sign.

And based on this research, the ketogenic diet seems like a terrible idea for metabolic problems.

Normal-weight men only experienced an increase in total cholesterol.

“Only total cholesterol was significantly increased in normal-weight subjects.”

Urinary analysis can also tell you a lot about how your metabolism is operating.

The compounds that show up in your urine indicate different risks for different diseases.

The study found that the ketogenic diet increased 17 different markers for metabolic diseases such as type 2 diabetes.

“17 major metabolites associated with type 2 diabetes and insulin resistance were increased in obese men after a short-term high-fat diet intake.”

The researchers believe these results could lead to strategies for the prevention and control of metabolic diseases.

“These findings may contribute to increased understanding of the early biological adaptations of obesity with hyperlipidemia to a high-fat diet for early prevention and control of diabetes and insulin resistance.”

As I said, scientists routinely use high-fat/ketogenic diets to create obese and diabetic animals.

Reversing advanced diabetes is a little bit more complicated – but switching to a low-fat diet is a very good start.

Bacteria leaks into the bloodstream and poisons the organs.

This bacterial inflammation causes damage to the liver and pancreas.

This inflammatory bacterial damage is responsible for many symptoms of metabolic syndrome.

So there are a very small number of people for whom a ketogenic diet may be a good option.

You should always consult a healthcare professional about treating and diagnosing any health problems.

A Criminal Escapes From the East Bloc…

And he brings a sexual secret with him to the West…

This is one of the strangest stories I’ve ever heard… 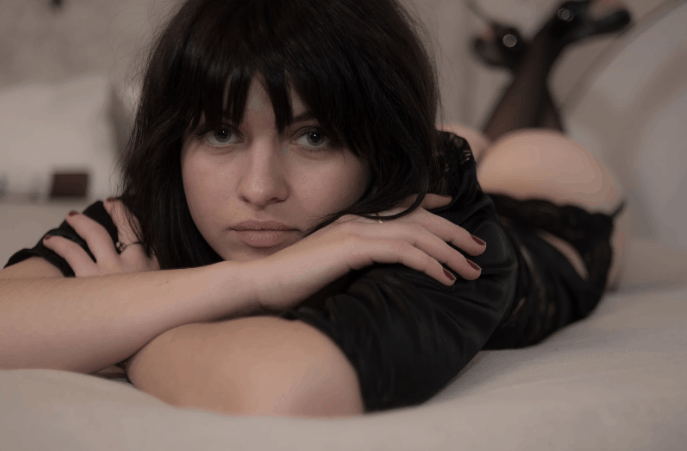 Matt Cook is editor-in-chief of Daily Medical Discoveries. Matt has been a full time health researcher for 26 years. ABC News interviewed Matt on sexual health issues not long ago. Matt is widely quoted on over 1,000,000 websites. He has over 300,000 daily newsletter readers. Daily Medical Discoveries finds hidden, buried or ignored medical studies through the lens of 100 years of proven science. Matt heads up the editorial team of scientists and health researchers. Each discovery is based upon primary studies from peer reviewed science sources following the Daily Medical Discoveries 7 Step Process to ensure accuracy.
Daily Medical Discoveries has strict sourcing guidelines and relies on peer-reviewed studies, academic research institutions, and medical associations. We avoid using tertiary references. You can learn more about how we ensure our content is accurate and current by reading our editorial policy. To continue reading about ketogenic diet and other topics that pertain to men, click here. If you’d like further information, feel free to check out these references: