—-Important Message from Our Sponsors—-

If you give your woman this rare orgasm, she will worship you like a god…

She wants one. You want to give her one.

But it ain’t coming.

The female orgasm can seem like a mythical beast…

But I’ve discovered 4 techniques that any man can use to easily give a woman the most powerful orgasm of her life.

The question then is…

Can you handle this much sexual power?

Stop being controlled by your bad habits

Today’s newsletter can change your life. Because you won’t be controlled by your bad habits anymore.

How do I know this works?

I use these techniques every day to eat better, lose fat, have a better relationship with Jodi, and maintain an active schedule that would have killed me as a younger man, LOL.

Every morning Mark takes the EXACT same route to work in EXACTLY the same way. It is his basic routine.

Because of this routine, Mark drives without thought.

He always jokes: “My car knows how to get to work.”

Why is it so easy for Mark to drive to work, when driving is a very complicated task that even computers and robots can’t do (so far)?

The answer is a little strange… Let’s start with HABITS.

Most people know that habits are developed from repeated actions.

And that these pathways are PHYSICAL.

Understanding the physical aspects of how habits work can help you to break or create almost any habit you want.

This study was about drug habits, but it could be about almost any habit.

It may seem strange that I’m talking about habits when the study is about addiction, but habits and addictions are incredibly similar in how they work.

Addictions are much stronger than habits. But – the same mechanisms cause both addictions and habits.

Why cues are important to habits…

For most of our daily lives, we run on nearly 100% autopilot.

Just like Mark taking the turn to go to work even when he’s trying to go somewhere else, our brains rely on cues in order to execute the physical programs we write into them through repetition.

For example, think about when you brush your teeth.

You probably do it after a specific cue.

Maybe you eat breakfast and then go pick up your toothbrush and brush your teeth.

Specific cues can cause habit cascades.

When you’re trying to end an old habit (or start a new one) it’s a good idea to pay attention to environmental cues that already exist.

“It’s known [that] environmental cues can be strong triggers for those trying to kick a drug habit because those cues activate the brain’s emotional and stimulus-response systems.”

Often, it’s cues that need to change – rather than the habit itself.

Popular culture tells us that if we have enough “free will” we can easily change our habits. But this just isn’t true.

When we are exposed to a cue, it’s like hitting “run” on a computer program.

“A new study by University of Guelph researchers reveals for the first time that there’s more going on in the brain when someone walks past a customary lighting-up spot or sees drug-taking paraphernalia that makes quitting the habit even harder.”

That’s because the cue activates powerful regions in our brains that start running the physical programs your brain has stored.

The key, then, to changing habits is to change your cues.

If you want to start hanging up your coat as you come in the house, but normally put it on a chair, then moving the chair may be enough of an environmental change to trigger the change in your behavior.

If you want to stop eating chocolate, then not keeping it in your house will help a lot.

Changing your environment is one of the easiest ways to change the cues that “run” your habits.

Another way to do it is to create a replacement habit.

Sometimes it’s not possible to disrupt our cues in order to form new habits.

If that’s the case, creating a replacement habit that runs on the same cue can help.

The sneakers could then trigger a walk.

This works especially well if the replacement habit meets the same emotional need as the original habit.

You can choose the life you want to live, but you’ve got to know how to hack your brain.

Drink this Columbian “jungle juice” to get bigger, longer-lasting erections

On my last trip to Columbia, I met a famous shaman who shared an ancient jungle juice recipe with me…

This ancient jungle juice has been passed down from generation to generation for hundreds of years, and it’s giving men bigger, better boners.

And right now, you can try it for free. 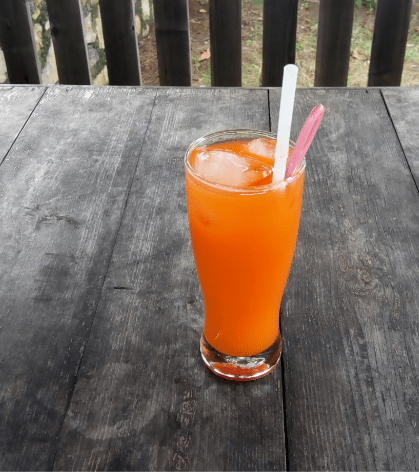 Matt Cook is editor-in-chief of Daily Medical Discoveries. Matt has been a full time health researcher for 26 years. ABC News interviewed Matt on sexual health issues not long ago. Matt is widely quoted on over 1,000,000 websites. He has over 300,000 daily newsletter readers. Daily Medical Discoveries finds hidden, buried or ignored medical studies through the lens of 100 years of proven science. Matt heads up the editorial team of scientists and health researchers. Each discovery is based upon primary studies from peer reviewed science sources following the Daily Medical Discoveries 7 Step Process to ensure accuracy.
Daily Medical Discoveries has strict sourcing guidelines and relies on peer-reviewed studies, academic research institutions, and medical associations. We avoid using tertiary references. You can learn more about how we ensure our content is accurate and current by reading our editorial policy. To continue reading about bad habits and other topics that pertain to men, click here. If you’d like further information, feel free to check out these references: