When men increase their internal body temperature, they get loads of incredible health benefits… So use this technique to heat your body up without even exercising…

Woah! Look at This Weird Sex Practice in Japan

Scientists say this technique has more benefits than exercise

Exercise increases inflammation in the short-term.

But in the medium to long term, exercise is usually associated with lowered inflammation.

Heat is what leads to some of the benefits of exercise on inflammation, insulin, and blood sugar.

Scientists recently discovered that hot baths can have similar beneficial effects to exercise.

They lower inflammation and blood sugar while increasing insulin sensitivity.

These researchers carried out human experiments at Loughborough University in the United Kingdom. They published the results in the Journal of Applied Physiology.

In the last decade, scientists discovered that one reason we benefit from exercise is the increase in body temperature.

“As body temperature elevations partly mediate this response, passive heating might be a viable tool to improve the inflammatory profile.”

The researchers set out to see the effect of increasing body temperature with hot baths.

“This study investigated the acute and chronic effects of hot water immersion on inflammatory and metabolic markers.”

They initially recruited 10 overweight men for the study.

In the first part of the experiment, the researchers compared the effect of one hour-long bath against resting at room temperature.

One hot bath increased the amount of interleukin-6 circulating in the blood.

Interleukin-6 is an interesting protein.

It increases inflammation in the short term. But interleukin-6 then quickly triggers an anti-inflammatory process that lowers inflammation.

Interleukin-6 ends up being anti-inflammatory.

They also believe that it is one of the main anti-inflammatory mediators of exercise.

In the second series of experiments, they gave the men 10 hot baths over the space of two weeks.

And they kept those men at room temperature, slightly colder than the baths, during the sessions.

After the two-week trial of 10 hot baths, the men who received the bath therapy had significant improvements.

“In contrast to resting, fasting glucose concentration was lowered after the hot bath protocol.”

Average blood sugar levels decreased from 4.44 to 3.98 on average.

Their insulin levels also went down.

“In contrast to resting, insulin concentrations were lowered after the hot bath immersion sessions.”

So these researchers have indeed discovered a new way to improve blood sugar metabolism.

“The reductions in fasting glucose and insulin concentrations suggest that hot water immersion may serve as a tool to improve glucose metabolism.”

The results may be due to an anti-inflammatory effect caused by increasing interleukin-6.

During the trial, the men sat up to their necks in water kept at 102-degree Fahrenheit for 60 minutes.

Some of the men reported some discomfort during the trial.

This was due to the temperature and sitting in the same position for so long.

But the participants were able to persist.

This technique could be very useful for people who cannot exercise for one reason or another.

Other studies have demonstrated the beneficial effects of raising body temperature.

All across the globe, people use sweat lodges and saunas to improve health – for thousands of years we’ve been doing this.

The true cause of inflammation may surprise you…

Did you know inflammation starts in the gut?

It’s true – toxins that leak through the gut wall cause chronic, widespread inflammation all over the body. 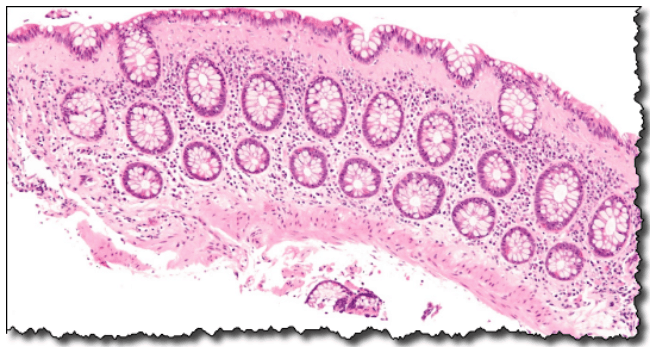 So the stronger and tighter your gut is, the less inflammation you’ll have in your body.

And my simple protocol naturally strengthens men’s guts, so toxins can’t leak through and cause widespread inflammation.

Here’s my simple, natural protocol for men that banishes chronic inflammation forever (free to you today).

Matt Cook is editor-in-chief of Daily Medical Discoveries. Matt has been a full time health researcher for 26 years. ABC News interviewed Matt on sexual health issues not long ago. Matt is widely quoted on over 1,000,000 websites. He has over 300,000 daily newsletter readers. Daily Medical Discoveries finds hidden, buried or ignored medical studies through the lens of 100 years of proven science. Matt heads up the editorial team of scientists and health researchers. Each discovery is based upon primary studies from peer reviewed science sources following the Daily Medical Discoveries 7 Step Process to ensure accuracy.
Daily Medical Discoveries has strict sourcing guidelines and relies on peer-reviewed studies, academic research institutions, and medical associations. We avoid using tertiary references. You can learn more about how we ensure our content is accurate and current by reading our editorial policy. To continue reading about hot bath and other topics that pertain to men, click here. If you’d like further information, feel free to check out these references: