This phenomenon of older Japanese men having so much sex is sweeping Japan and shaking the foundations of Japanese society.

Us Westerners don’t hear about all these Japanese men having so much sex… Nobody reports on this here in the U.S.

But what if men like you and me can copy what they do?

Watch this video to discover the secrets of Japan’s “quiet revolution” and have as much sex as these Japanese men are having. 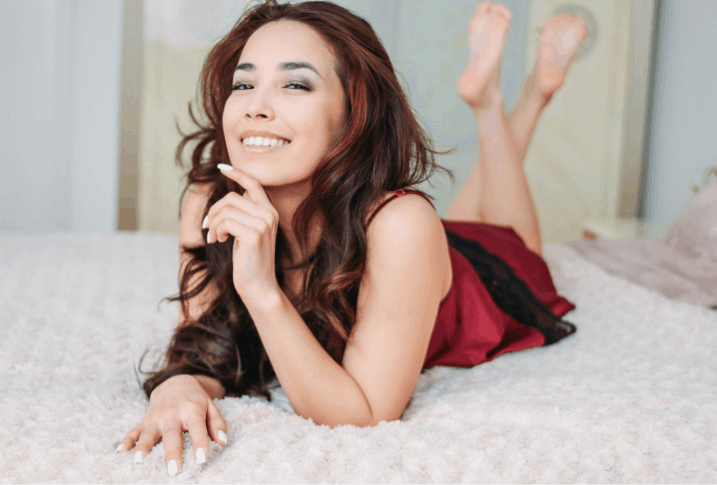 It’s a Big Pharma lie – serotonin has been marketed as the “happy hormone” for almost 30 years.

Selective serotonin reuptake inhibitors (often called antidepressants or SSRIs) are designed to increase serotonin in certain parts of the brain.

But critics have pointed out that having high levels of this hormone is associated with poor health.

It’s also recently been outed as a factor in obesity.

But it seems to show up in many other chronic diseases too.

A new study shows that men with higher levels of serotonin are at increased risk of hip fracture.

As blood serotonin increases, the bone density of the hips decreases as well.

The researchers conducted this study at the Department of Medicine, Sahlgrenska University Hospital, Gothenburg, Sweden. The Journal of Bone and Mineral Research published the results.

They were following up on previous research that implicated serotonin in problems relating to bone density.

“Several studies have implicated serotonin as a regulator of bone mass.”

The study looked at the relationship between blood serotonin levels and bone mineral density and the risk of bone fractures.

“We explore its potential association on fracture risk and falls, and on bone mineral density in humans.”

They analyzed the blood serotonin of almost 1,000 older men taking part in a Swedish study.

“Serum levels of serotonin were analyzed in 950 men (aged 69 to 81 years), participating in a population‐based study in Sweden.”

After taking serotonin blood samples, they tracked the men for 10 years.

The study tracked all types of bone fractures in these men over that period.

“During [the] 10‐year follow‐up, 224 men exhibited fractures, including 57 hip fractures and 86 vertebral fractures.”

“Serotonin was associated with hip fracture in linear analysis and to all fractures in a nonlinear manner.”

The men with the highest blood serotonin levels were more than twice as likely to have hip fractures.

“Men in the top 20% for high serotonin had a 230% increased risk of hip fracture compared with men with lower serotonin.”

And men with higher levels of this hormone were also almost twice as likely to have fractures of other bones (excluding the vertebrae of the spine).

“Men in the top 20% had a 1.8 times higher risk of nonvertebral fractures compared to men with lower serotonin.”

This was also associated with lower bone mineral density in the hip (weaker hip bones).

But the authors also compared people on SSRIs to everyone else in the study.

Elevated blood serotonin may be a serious risk for decreased bone density and increased fracture.

Broken bones are one reason why elderly people end up in assisted living.

There are many ways that this hormone can be elevated in the blood, including medications, stress, food, and gut inflammation.

Serotonin is made from the amino acid tryptophan.

Turkey, for example, is particularly high in tryptophan.

Avoiding tryptophan as much as possible is a really good idea…

Vegetable/seed oils and fish oils increase the risk that tryptophan could be converted to excess serotonin.

Aside from lowering your dietary tryptophan, getting more calcium can also lower this hormone.

Gelatin and collagen can lower serotonin – and they also boost bone health when combined with just a little exercise.

Over 95% of the body’s serotonin is made in the gut. And high serotonin kills men’s erections and makes men anxious and depressed.

So it’s critical to keep your gut in good health to keep these levels in check. Things should be regular and not inflamed.

You should consult a healthcare professional about complications relating to bone mineral density.

Have you heard about this lifespan breakthrough – CID5920 – that lets men live decades longer with a happy, healthy, and sexy life?

Until now, CID5920 was kept secret and only given to rich celebrities and powerful politicians…

I don’t know about you, but I’ve been waiting for this day for a long time…

Because once you discover all of the incredible benefits of CID5920, you will wish you had it 20 years ago…

Don’t worry though… If you start using it now, you could still live 20 or 30 years longer – and with amazing sexual prowess of a young man…

Remember: no one knows how long CID5920 will be available… They could snatch it away from us again at any time…

Matt Cook is editor-in-chief of Daily Medical Discoveries. Matt has been a full time health researcher for 26 years. ABC News interviewed Matt on sexual health issues not long ago. Matt is widely quoted on over 1,000,000 websites. He has over 300,000 daily newsletter readers. Daily Medical Discoveries finds hidden, buried or ignored medical studies through the lens of 100 years of proven science. Matt heads up the editorial team of scientists and health researchers. Each discovery is based upon primary studies from peer reviewed science sources following the Daily Medical Discoveries 7 Step Process to ensure accuracy.
Daily Medical Discoveries has strict sourcing guidelines and relies on peer-reviewed studies, academic research institutions, and medical associations. We avoid using tertiary references. You can learn more about how we ensure our content is accurate and current by reading our editorial policy. To continue reading about serotonin and other topics that pertain to men, click here. If you’d like further information, feel free to check out these references: