Wouldn’t it be nice to wake up every day with tons of natural energy?

To be able to make love to your wife or girlfriend twice in one day? 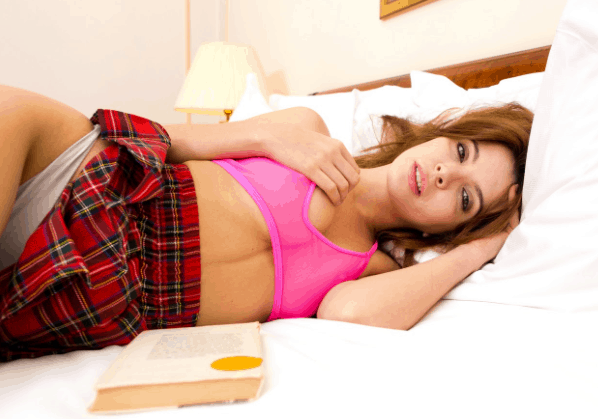 Try it for free today and start feeling like a young man again in life AND in your sex life.

Today’s newsletter is useful if:

We’ll start with bowel issues and then show how this discovery is good for ANY man who is tired frequently.

With inflammatory bowel disease, a number of common symptoms are not directly related to the bowel.

Fatigue is one of these common symptoms of IBD.

Science has a number of theories as to why people with inflammatory bowel disease also suffer from fatigue.

This study makes a very strong case that fatigue in inflammatory bowel disease is related to changes in the metabolism of that can be affected by vitamin B1.

These researchers conducted this study at the Università Cattolica di Roma in Italy and The Journal of Alternative and Complementary Medicine published it.

This human pilot study used a small number of people to test the theory in question.

The researchers recruited 12 people with the diagnosis of either Crohn’s Disease or ulcerative colitis (UC) who were also suffering from severe fatigue.

They used a standardized scale to assess the levels of fatigue. None of the participants had clinical vitamin B1 deficiency.

This study was not about attempting to cure a dietary deficiency.

The theory in question was the idea that B1/thiamine was not being properly delivered to the cells.

So they supplemented all of the recruits with relatively high doses of vitamin B1.

And they based those doses on body weight, up to 1.5 gm per day.

The results showed that high-dose vitamin B1 supplementation reduced fatigue in most patients with IBD.

“Ten patients out of twelve showed complete regression of fatigue.”

In the recruits who did not have complete regression of fatigue, there was still a massive improvement.

The study showed that high-dose B1 supplementation improves fatigue – even when there is no detectable vitamin B1 deficiency in the blood.

“Prior to the experiment, the levels of thiamine and thiamine pyrophosphate in the blood were normal.”

So why does vitamin B1 improve fatigue when there is no deficiency according to blood tests?

The scientists conducting the study believe that in IBD there is a problem with the transport of vitamin B1 into the cells.

Supplementing with high-dose vitamin B1 for people who have problems with active transport into the cell can cure an intracellular B1 deficiency.

It does this by increasing the amount of B1 transferred into the cell through the passive mechanism.

B1 levels in the cells can be increased through the passive mechanism by taking large doses of B1.

“The absence of B1 deficiency in blood tests and the efficacy of high-dose thiamine in our patients suggest that fatigue is the manifestation of a thiamine deficiency due to a dysfunction of the active transport of thiamine inside the cells, or due to structural enzymatic abnormalities.”

A blood test for vitamin B1 deficiency is only accurate in people who have normal levels of active transport of B1 into the cell.

In patients who have impaired active transport of vitamin B1, fatigue can be cured with high-dose vitamin B1 supplementation.

Correcting the intracellular deficiency of vitamin B1 could improve fatigue by curing the metabolic problems caused by B1 deficiency.

“The administration of large quantities of thiamine increases the concentration in the blood to levels in which the passive transport restores the normal glucose metabolism in all cells and leads to complete regression of fatigue.”

The study did not attempt to assess the effect of B1 on the primary bowel-related symptoms of inflammatory bowel disease.

You should see a healthcare professional about the diagnosis and treatment of Crohn’s disease or ulcerative colitis.

Tired? It could be this medical reason your doctor will NOT tell you about

And doctors are NEVER aware of it.

Heck, most doctors are suffering from this too and have not a CLUE how to fix it.

We ALL are unknowingly consuming this dangerous chemical in huge doses…

But once we stop, our health and sex life takes a HUGE turn for the better.

Here’s what you MUST do now if you want to protect your body from this dangerous toxic chemical.

Matt Cook is editor-in-chief of Daily Medical Discoveries. Matt has been a full time health researcher for 26 years. ABC News interviewed Matt on sexual health issues not long ago. Matt is widely quoted on over 1,000,000 websites. He has over 300,000 daily newsletter readers. Daily Medical Discoveries finds hidden, buried or ignored medical studies through the lens of 100 years of proven science. Matt heads up the editorial team of scientists and health researchers. Each discovery is based upon primary studies from peer reviewed science sources following the Daily Medical Discoveries 7 Step Process to ensure accuracy.
Daily Medical Discoveries has strict sourcing guidelines and relies on peer-reviewed studies, academic research institutions, and medical associations. We avoid using tertiary references. You can learn more about how we ensure our content is accurate and current by reading our editorial policy. To continue reading about Vitamin B1 and other topics that pertain to men, click here. If you’d like further information, feel free to check out these references: