What is sugar really doing to men’s bodies? 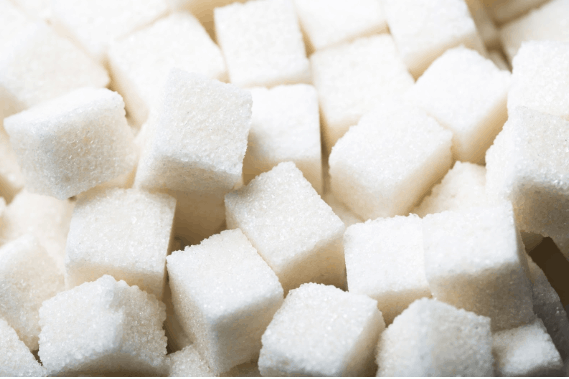 —-Important Message About a Bad Food Ingredient You Should Avoid—-

This food ingredient should be outlawed – how much of it did you eat today?

For one thing, it builds up in the bloodstream and travels to different parts of the body…

It builds up in a man’s Leydig cells in the testicles, making his testosterone levels plummet…

And it destroys the beta cells in the pancreas, so men become insulin resistant and get diabetes…

On top of all of this, it builds up in a man’s penile chambers, blocking good blood flow and causing erectile dysfunction.

So tell me – have you been warned about this bad food ingredient yet or how to keep it from building up in your bloodstream?

What happens to your body when you eat sugar?

We are overlooking evidence that fat is bad for your health…

A series of animal experiments showed that high-fat diets increase the growth of cancer.

High-sugar diets did NOT have that same effect.

The US Department of Agriculture, Agricultural Research Service, Grand Forks, ND conducted this first series of experiments. The International Journal of Cancer Research and Treatment published the results.

This study tested the effect of different types of diets on the progression of cancer in mice.

The researchers selected these mice for their predisposition to develop certain types of cancer.

“The objective was to determine whether an obesogenic, high-fat diet enhances primary tumorigenesis and pulmonary metastasis in these mice.”

They sorted the animals into two groups of 33.

Then they fed the two groups of mice on different diets:

After the mice ate these diets for eight weeks, the researchers examined the animals for cancer progression.

And the animals on the high-fat diet had far more advanced signs of cancer.

Tumor growth was accelerated in the mammary glands of the animals.

The effect of the high-fat diet in the lungs of the animals was even more extreme.

“…high-fat diet significantly increased the number of lung metastases by 147%.”

The high-fat diet caused a massive increase in systemic inflammation, which is strongly associated with the progression of cancer.

In this experiment, the safer, lower-fat diet had 60% of calories from carbohydrate.

Carbohydrates can be either starch or sugar… But in this study, most of the carbohydrate came from starch.

So what happens with a high-sugar diet instead of a high-fat diet?

This study singled out one of the most common sugars: sucrose (table sugar).

“This study tested the hypothesis that consumption of a diet with an excessive amount of sucrose enhances metastasis.”

They compared the effects of a standard diet, a high-fat diet, and a high-sugar diet against cancer progression in mice.

Again, the results showed that a high-fat diet increased the progression of cancer.

“The number and size of lung metastases were significantly higher in the high-fat group than in the standard diet group.”

Animals fed a high-sugar diet did not show acceleration of cancer progression.

“The number and size of lung metastases were significantly higher in the high-fat group but metastasis in the high-sucrose group remained similar to the standard diet group.”

This series of experiments showed that high-fat diets increase cancer in these animals – but a high-sugar diet did not accelerate cancer growth.

The high-sugar group did not have the same level of inflammation that the high-fat group did.

“Pro-inflammatory cytokines in the high-sucrose group were significantly lower than those in the high-fat group.”

The scientists believe that increased inflammation from a high-fat diet could be accelerating cancer.

“The high-sugar diet does not enhance spontaneous metastasis. This may be due to the inadequate production of cancerous pro-inflammatory cytokines compared to the high-fat diet.”

But it’s still a good idea to get your sugar from whole foods such as fruit and milk for more balanced nutrition.

You should always consult a healthcare professional about diagnosing and treating health problems.

These men live to a ripe old age whether they have prostate cancer or not.

And here’s another fact you won’t hear anywhere else…

Prostate cancer can easily be prevented…

And you can have a normal functioning prostate for the rest of your life, naturally…

I put together this secret report showing men how to be free of this scourge and NEVER need treatment. Get it for FREE here.

Matt Cook is editor-in-chief of Daily Medical Discoveries. Matt has been a full time health researcher for 26 years. ABC News interviewed Matt on sexual health issues not long ago. Matt is widely quoted on over 1,000,000 websites. He has over 300,000 daily newsletter readers. Daily Medical Discoveries finds hidden, buried or ignored medical studies through the lens of 100 years of proven science. Matt heads up the editorial team of scientists and health researchers. Each discovery is based upon primary studies from peer reviewed science sources following the Daily Medical Discoveries 7 Step Process to ensure accuracy.
Daily Medical Discoveries has strict sourcing guidelines and relies on peer-reviewed studies, academic research institutions, and medical associations. We avoid using tertiary references. You can learn more about how we ensure our content is accurate and current by reading our editorial policy. To continue reading about high-sugar diet and other topics that pertain to men, click here. If you’d like further information, feel free to check out these references: