It’s been linked to diabetes, high blood pressure, ED, and even Alzheimer’s disease. Here’s what you need to know to avoid this harmful chemical…

Using Baking Soda This Way Eliminates Toxins That Cause Alzheimer’s

These toxins are in your shampoo, your soap, and even your toothpaste… 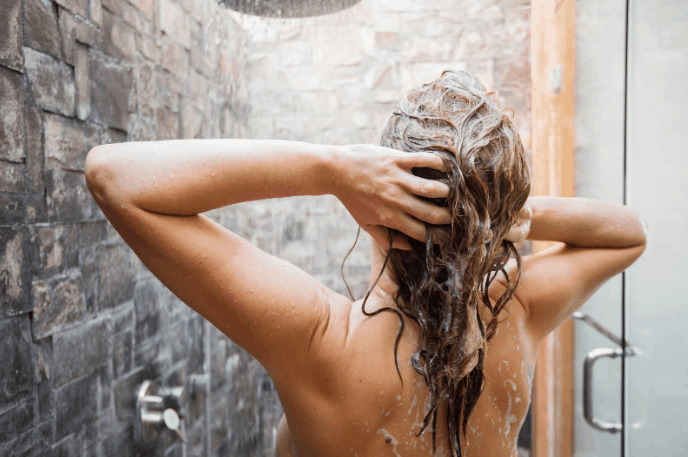 Warning: Have You Been Exposed to This 1960s Chemical?

Most people think we aren’t using BPA anymore. Or they aren’t sure what contains BPA and what does not.

BPA has been contaminating the food supply through plastics since the 1960s.

BPA is similar to estrogen and can also increase serotonin production.

So some scientists wondered if it could be a factor in the increasing rates of IBD.

IBD (inflammatory bowel disease) refers to a couple of diseases that cause inflammation throughout the digestive system.

Ulcerative colitis and Crohn’s disease are the two diagnoses that can be termed IBD.

And until recently, scientists did not know the causes of IBD.

But now some recent discoveries point to serotonin and estrogen as playing a causal role in IBD.

This animal study found that BPA does increase the inflammation associated with IBD:

These scientists conducted their study at the Department of Nutrition and Food Science, Texas A&M, and published their results in the Journal of Experimental Biology and Medicine.

The scientists had a couple of leads in their investigation into the causes of IBD.

“Microbial dysbiosis as well as exposure to xenoestrogens are thought to be risk factors for inflammatory bowel disease development and relapse.”

BPA is a chemical that acts like estrogen in the body – it’s an environmental xenoestrogen.

“Bisphenol-A has been shown to exert estrogenic activity in the colon and alter intestinal function.”

The scientists performed experiments with BPA on mice.

“We investigated the ability of bisphenol-A to exacerbate colonic inflammation and alter microbiota metabolites.”

They exposed the animals to BPA in food for 15 days.

They also exposed some of the mice to a chemical that makes the mice more likely to develop IBD.

The scientists then looked at the effect of BPA on markers of inflammatory bowel disease.

The animals exposed to BPA had higher markers for IBD.

The scientists examined the waste products from the mice and found strong evidence of changes to gut bacteria.

BPA seems to change gut bacteria – one of the prime markers of IBD.

“Unique patterns of bacterial metabolites were associated with bisphenol-A consumption.”

Results indicate that BPA leads to inflammation in the bowel.

Serotonin is synthesized from the amino acid tryptophan.

Animals exposed to BPA had lower levels of tryptophan – so maybe some tryptophan was converted to inflammatory serotonin.

“Bisphenol-A reduced levels of tryptophan in the mice.”

Estrogen and estrogenic compounds such as BPA increase the enzymes that synthesize serotonin.

This indirect increase in serotonin may be one of the reasons for increased inflammation with BPA consumption.

BPA led to increased inflammation and changes in gut bacteria, even in animals not exposed to the other inflammatory chemicals used in the experiment.

BPA alone may cause inflammation in the bowel.

“This is the first study to show that bisphenol-A treatment alone can reduce microbiota metabolites which may be associated with IBD.”

We don’t know yet how much of a factor BPA is in the increased incidence of IBD since BPA was introduced.

But these experiments show that it certainly can be a factor.

…almost every chronic disease you can imagine.

I use stainless steel water bottles and wash my hands after handling receipts.

Many of the BPA replacements are just as bad as BPA.

“BPA-free” plastics are probably not much safer than plastics that do contain BPA.

You should consult a healthcare professional about diagnosing and treating health problems.

Matt Cook is editor-in-chief of Daily Medical Discoveries. Matt has been a full time health researcher for 26 years. ABC News interviewed Matt on sexual health issues not long ago. Matt is widely quoted on over 1,000,000 websites. He has over 300,000 daily newsletter readers. Daily Medical Discoveries finds hidden, buried or ignored medical studies through the lens of 100 years of proven science. Matt heads up the editorial team of scientists and health researchers. Each discovery is based upon primary studies from peer reviewed science sources following the Daily Medical Discoveries 7 Step Process to ensure accuracy.
Daily Medical Discoveries has strict sourcing guidelines and relies on peer-reviewed studies, academic research institutions, and medical associations. We avoid using tertiary references. You can learn more about how we ensure our content is accurate and current by reading our editorial policy. To continue reading about inflammatory bowel disease and other topics that pertain to men, click here. If you’d like further information, feel free to check out these references: