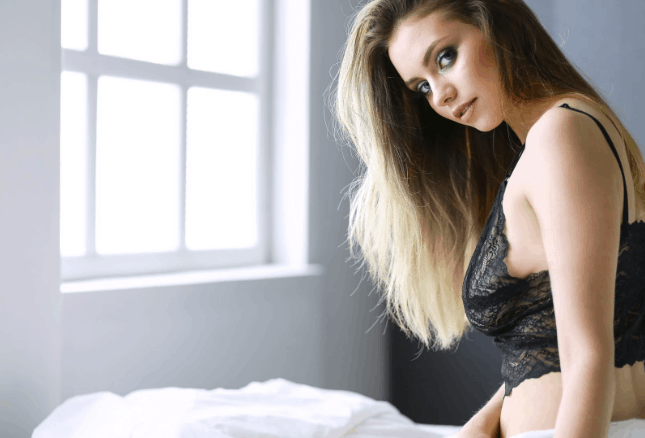 Pop a Booster Bite in your mouth for instant erections

This is the fastest way to get a natural testosterone boost. No pills, patches, or procedures required.

You can use my Booster Bites when you’re on a date, getting busy in bed, or driving over to visit a female friend…

And as soon as you pop one of these little bite-sized t-boosters into your mouth, you will instantly start experiencing a higher sex drive and better sexual performance.

Your erection will swell up with hot-pumping blood, allowing you to impress any girl with your sexual energy, as many times as you want…

And you can get my Booster Bites right now, free, today.

Fenugreek is one of the oldest known medicinal herbs.

It has been used in traditional medicine for thousands of years.

But there is relatively little human research into the effects of fenugreek.

One human study looked at the effects of fenugreek and few other nutrients.

And this supplement combination significantly increased male libido in a few weeks.

These researchers carried out this human trial at The University of Queensland, School of Medicine, Centre for Integrative Clinical and Molecular Medicine, Brisbane, Australia.

The researchers conducted a trial on a supplement known as Testofen.

“The aim of the clinical study was to evaluate the effect of Testofen on male libido (sexual drive, urge or desire) in a double-blind randomized placebo-controlled study.”

Testofen contains a number of ingredients.

The ingredients are fenugreek, zinc, magnesium, and vitamin B6.

The study recruited 60 men between the ages of 25 and 52. They divided the participants into two groups.

One group got the active supplement and the other group received an inactive placebo.

“60 males were randomized to an oral dose of the active treatment or placebo for six weeks.”

They assessed the men’s libido by means of a systematic questionnaire – repeated throughout the study.

“The primary outcome measure was the DISF-SR (male) self-administered questionnaire including the four domain scores.”

DISF-SR is short for “The Derogatis Interview for Sexual Functioning.”

This questionnaire has 21 questions.

The DISF-SR assesses libido and quality of sex life for four different categories of questions.

“The set of 21 questions, split into four domains – sexual cognition/fantasy, sexual arousal, sexual behavior/experiences/orgasm – is designed to measure the quality of sexual function.”

The participants completed the questionnaire before the trial began, halfway through, and at the end of the six-week supplement.

They experienced significant increases in libido, according to the test scores.

“Testofen had an overall positive effect on physiological aspects of libido.”

In particular, the supplement seemed to increase sexual arousal and orgasm.

“In particular, there was a significant increase in the subdomains of sexual arousal and orgasm.”

The scores actually got worse in the placebo group…

And by the end of the study, the participants had improved in all four subcategories. (Sexual cognition/fantasy, sexual arousal, sexual behavior/experiences, and orgasm.)

“For all four domains, there are statistically significant increases for active treatment subjects at the Week 6 time‐point.”

In fact, they improved in three of the four subcategories by the three-week testing point.

“For the sexual arousal, sexual behavior, and orgasm domains, there were also statistically significant changes and interactions at the week 3 time-point.”

The results show that the supplement can improve the quality of erections.

“It is noteworthy that positive changes were observed in the majority of the individual questions in the sexual arousal domain, relating to the ability to obtain full [rockiness].”

The vast majority of men given the active supplement felt that there was an improvement in their sex life.

“These results indicate that the majority of the active group felt improvements in libido (81.5%; 22 of 27).”

The participants also completed another questionnaire.

This questionnaire looked at their general quality of life.

It turns out that the men on the supplement experienced a significant improvement in general well-being.

“In addition, the majority of active treatment subjects also felt there was an improvement in general energy and wellbeing.”

Similar to the libido survey, the men who got the placebo did not experience any improvements in life quality.

“There was no improvement in any of the questions in the placebo group.”

So, overall, the result is that the combination of fenugreek, zinc, magnesium, and vitamin B6 was effective in increasing libido, erection quality, and quality of life in six weeks.

And it turns out that any man can do what Jose did and instantly start growing a bigger, better penis that looks more engorged every time you get an erection…

And it really works. Jose never had a small penis, but now he’s got an insanely huge one that never disappoints the ladies…

Matt Cook is editor-in-chief of Daily Medical Discoveries. Matt has been a full time health researcher for 26 years. ABC News interviewed Matt on sexual health issues not long ago. Matt is widely quoted on over 1,000,000 websites. He has over 300,000 daily newsletter readers. Daily Medical Discoveries finds hidden, buried or ignored medical studies through the lens of 100 years of proven science. Matt heads up the editorial team of scientists and health researchers. Each discovery is based upon primary studies from peer reviewed science sources following the Daily Medical Discoveries 7 Step Process to ensure accuracy.
Daily Medical Discoveries has strict sourcing guidelines and relies on peer-reviewed studies, academic research institutions, and medical associations. We avoid using tertiary references. You can learn more about how we ensure our content is accurate and current by reading our editorial policy. To continue reading about male libido and other topics that pertain to men, click here. If you’d like further information, feel free to check out these references: