Revolution: new breakthrough – pleasurable sex for 30 minutes to an hour

Men think testosterone is the hormone for erections, but it’s not.

But no… Another hormone creates strong, rigid erections in men – and that is oxytocin…

But… Oxytocin HAS to be made naturally in the body. You can’t supplement it.

So… I found a way to CREATE oxytocin in your body, naturally. You can enjoy the most amazing sex imaginable…

How do you naturally increase oxytocin for bigger, fuller, longer-lasting erections? I found a way…

The answer is here (and it’s free).

This is the best natural antibiotic on Earth for men

Garlic is a traditional remedy…

People claim it cures everything from high blood pressure to warts.

But does garlic have any real medicinal benefits?

Well, yeah! It actually seems to have lasting antibiotic effects.

This study from the Central Food Technological Research Institute, Mysore, India compared the antibiotic effect of garlic with the common antibiotic tetracycline.

Scientists visited the local market and picked up some fresh garlic bulbs.

They processed the bulbs into a raw garlic extract.

Then they grouped 18 adult male rats into six groups of three and gave them free access to a cornstarch diet.

After three days, they sacrificed the animals in groups 1, 3, and 6.

Examination of their gut bacteria showed that both raw garlic extract and tetracycline have a potent antibacterial effect.

Toxic bacterial strains decreased from 10-fold for some and 100-fold for others.

“Nearly a hundred-fold decrease was observed in total streptococci and coliforms followed by ten-fold decrease for total lactobacilli, aerobes, and anaerobes.”

After three days, both tetracycline and raw garlic extract significantly lowered the amount of toxic bacteria in the mice.

“Gut bacteria counts for tetracycline administered rats had significantly lowered, as compared to those of garlic and controls, especially in cases of total streptococci, aerobes, and anaerobes.”

At those doses and after that amount of time, tetracycline was more effective than the raw garlic extract.

“The gut bacteria of rats fed raw garlic extract had significantly lower counts, but they were significantly more than those of tetracycline fed rats.”

They kept those animals alive for another three days and sacrificed them on day six.

When the scientists examined the animals’ bacteria, they found that the antibiotic effects of raw garlic extract persisted much longer than the effects of tetracycline.

“After withdrawal of the test materials, the gut bacteria of tetracycline-fed animals tended to revert to normalcy faster than those after garlic – indicating a prolonged inhibitory action of garlic extract on intestinal microbes.”

For some reason, the antibiotic effects of raw garlic extract last longer than those of tetracycline.

Examination of the blood samples from the animals confirmed this effect.

“The serum protein profile, especially globulins tended to revert to normalcy faster in tetracycline-fed animals than those fed with garlic.”

Tetracycline is one of the safer antibiotics…

Yet there are still some problems with it – especially at high doses over long periods.

Tetracycline can suppress the cell’s ability to generate energy – its antibiotic effect actually works primarily on this mechanism.

On top of that, whenever we use antibiotics we are adding to the ever-increasing emergence of antibiotic-resistant bacteria.

As we repeatedly expose trillions of bacteria to the same antibiotics, they eventually mutate to a form that is resistant to that antibiotic.

These antibiotic-resistant strains can then proliferate and cause untold damage in medical environments – and we then have no antibacterial protection from them.

“At certain times, prolonged administrations of antibiotics may lead to the colonization of yeasts and molds which are hazardous to the hosts.”

So it is important to identify potent antibacterial agents, especially those that may not be susceptible to antibiotic resistance.

“Natural antimicrobial agents such as garlic can inhibit both bacteria and molds – apart from its hypoglycemic and hypocholesterolemic actions.”

Cholesterol is one of the methods the body uses to detox pathogenic bacteria.

You should see a medical professional about any suspected health problem.

I didn’t know it at the time, but this bowel movement proved to be a breakthrough.

You may know that all problems (diabetes, erectile dysfunction, etc.) start in the gut.

Think about this: Undigested food is basically like raw sewage in the gut. It rots in the gut.

And somehow your body has to get energy and nutrition out of this raw sewage.

It’s up to a single layer of cells in the gut called “tight junctions” to keep the bad parts of this raw sewage inside the gut and extract the good parts out. 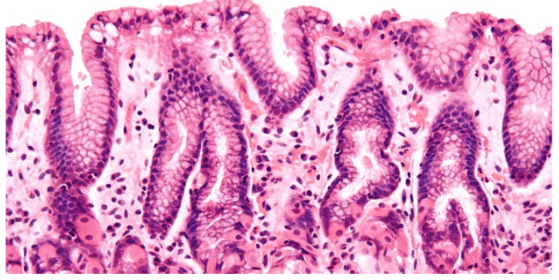 But what happens when these tight junctions pull apart and grow leaky?

When the junctions are leaky… Toxins from this raw sewage leak out into the pancreas, liver, kidneys, arteries, the heart, and even the penis…

And this can cause so many health problems for men… such as high blood pressure, heart disease, kidney infections, erection problems…

…and even type 2 diabetes…

The bowel movement resulted in strong erections for me because I got rid of that raw sewage.

I found a way to create tight junctions ALL the time… And enjoy an incredible sex life.

Matt Cook is editor-in-chief of Daily Medical Discoveries. Matt has been a full time health researcher for 26 years. ABC News interviewed Matt on sexual health issues not long ago. Matt is widely quoted on over 1,000,000 websites. He has over 300,000 daily newsletter readers. Daily Medical Discoveries finds hidden, buried or ignored medical studies through the lens of 100 years of proven science. Matt heads up the editorial team of scientists and health researchers. Each discovery is based upon primary studies from peer reviewed science sources following the Daily Medical Discoveries 7 Step Process to ensure accuracy.
Daily Medical Discoveries has strict sourcing guidelines and relies on peer-reviewed studies, academic research institutions, and medical associations. We avoid using tertiary references. You can learn more about how we ensure our content is accurate and current by reading our editorial policy. To continue reading about garlic and other topics that pertain to men, click here. If you’d like further information, feel free to check out these references: