Just press one button… And in two seconds, it will deliver absolute destruction to your enemy.

And it will potentially save your life and the lives of your loved ones.

You can carry it anywhere. Your wife can have it in her purse.

Your granddaughter can have it on her when she’s walking to her car at night in her school’s parking structure.

So what is it?

Discover the Execution tool that can stop any attack and keep you armed… Yet you can carry anywhere, anytime…and use it without any practice whatsoever.

This food is usually adulterated – maybe…

Olive oil is good for you (in teaspoon quantities) – but how do you know your olive oil is real?

Most olive oil is adulterated. Or that’s what we’ve been led to believe.

And this is believable because olive oil can be highly profitable.

But also because it is produced in Italy…

Apparently, the “agromafia” has an iron grip on the wine, olive oil, and cheese industries there…

…resulting in an explosion of “food crime.”

(And, allegedly, this is the actual mafia.)

According to some estimates, 70% to 80% of the olive oil from Italy is adulterated.

Although there are some attempts at detection going on, such as by the FDA, most of their findings never make it to the press…

And in most instances violators aren’t prosecuted or even fined.

And the supplier in turn blames their suppliers…and so on.

According to author Tom Mueller, who has written a book and several articles on the topic:

“‘Profits were comparable to cocaine trafficking, with none of the risks,’ one investigator told me.”

And FDA officials are notoriously easy to bribe.

Although there are over thirty published scientific articles on all manner of detection efforts, not many of them tested commercial samples.

The testers mixed the samples themselves in known proportions.

Then they later coded, randomized, tested, and then decoded to verify the technique.

There could be many reasons for this. But it is probably enough to say that modern scientists don’t want to make waves…

Many (most?) scientists try to be good industry lap dogs so they can get future grants.

After all, most scientists are paid (at least in part) by either corporations or foundations set up by corporations.

So, thanks to the investigative reports of Tom Mueller and others, we know there is some degree of adulteration going on.

But it would be nice to have a reliable number…somewhat of a statistical risk factor to help us decide if buying olive oil is worth the risk.

At last, we’ve got a study from a public university in a democratic state that has a small olive oil industry to defend.

In 2011, U. Cal. Davis in California published the only real piece of hard evidence that helps answer our question.

And of course that question is: What percentage of olive oil on the shelves in stores today is actually adulterated?

“A total of 134 samples were analyzed by the research team.”

Really, as oils go, olive oil is not that bad.

They collected these from grocery stores such as Walmart, Safeway, and a few regional California stores I have never heard of (Ralph’s, Von’s, Raley’s, etc).

They assembled a panel of taste-testers… But this matters little since taste is highly subjective.

And it matters even less because the Californian testers would likely be biased on account of affiliation with local olive oil production.

But, regardless, they determined that 73% of the samples didn’t taste quite right.

Collaborators in Australia did two of these tests.

And the report only discussed the two Australian tests.

That number is strikingly similar to the percentage that failed the sensory test performed by the Californian taste testers.

They actually calculated the correlation between the two…

And the taste testers could predict the result of the DAG test with 65% accuracy, or essentially two-thirds of “being always right.”

But is this something to worry about? And WTF does “DAG” even mean?

This acronym stands for diacylglycerides (AKA diglycerides), which exist in small amounts.

These are thought to exist only as a transient metabolite in the living olive, captured just as the oil presser dashes their hopes of becoming triglycerides.

Basically, these are “almost triglycerides.” 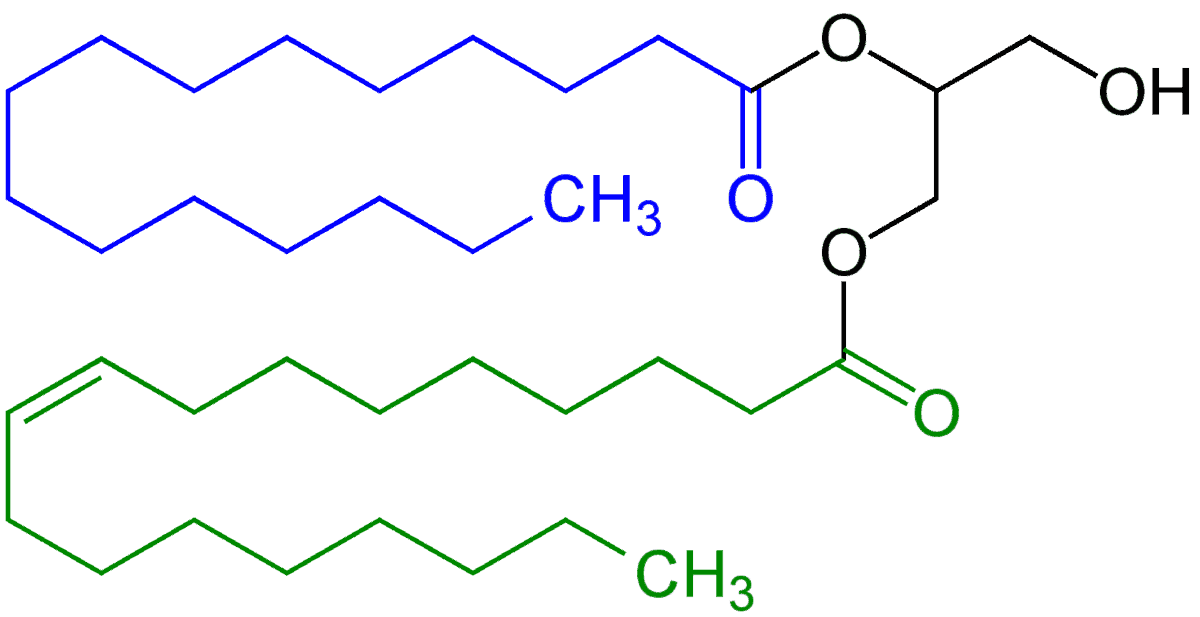 There are three positions on the glycerol backbone.

And when olives are initially pressed, all diglycerides can be found with oleic acid in the 1 and the 2 positions.

But over time or under the influence of heat, the fatty acids spontaneously hydrolyze…

They will actually disconnect from the glycerol backbone and rejoin it at a random position.

So you would expect olive oil extensively stored and/or heated to have more diglycerides connected with the fatty acids in the 1 and 3 positions.

But it cannot tell us anything definitive about whether or not it had been adulterated.

And the other test discussed in this report – the “PPP” test – is even more useless in this regard.

They didn’t even publish the results from the more definitive tests in this report – the report taken as “evidence” for olive oil adulteration by many bloggers.

Here’s what probably happened: They mentally synthesized Tom Mueller’s findings with a presumption of what this report had actually determined.

But the same people actually did publish the results of the other tests in 2010:

This publication included the results from the other testing techniques they had used:

The free fatty acid analysis, the peroxide value, the UV absorption, the stigmastadiene determination, the fatty acid profile, and the sterols profile.

And the latter two tests in that list can give unambiguous proof of adulteration (or not).

➤ The sterols profile test determines which phytosterols are present.

This can lead to a “dead giveaway” if brassicasterol is detected – because this phytosterol is made only by Brassica species.

And that would prove that rapeseed oil (canola) has been added.

➤ The fatty acid profile can determine additions of between about 7% and 15%, depending on the oil added.

(Hazelnut oil, for example, has a very similar fatty acid profile to olive oil, so it is harder to detect than others.)

Which also means, by the way, that hazelnut oil isn’t all that bad.

Although this is a seed oil, it contains about 80% oleic acid, 10% linoleic acid, and 6% palmitic acid.

So what were the results of these two tests?

They found that these two test values were within range…

Or at least everything that couldn’t easily be explained by bad shipping technique or prolonged storage was in range:

So, although the first U. Cal. Davis article induced internet shockwaves of sensational headlines trumpeting “70% Olive Oil Fake!!” and “Most Olive Oil Adulterated”…

The actual chemical analysis implies that most olive oils are actually real.

Or at the least, most are only minimally adulterated.

If significant additions of any other oil had been added, the fatty acid ratio would have been unbalanced.

And the sterol profile would have been unbalanced as well.

This was not the case.

That’s not to say the “agromafia” doesn’t exist.

But, according to this study, it’s not messing with olive oil as badly as the Internet thinks it is…

It seems that the fraudulent activity is more about quality than about adulteration.

Regardless, I think you’d have to agree that most imported olive oil is old and not as good as what you’d get living near an olive grove.

You can buy California olive oil online – and it is affordable.

But coconut oil is even healthier.

And it is so cheap that nobody can profit from adulterating it.

(Adulterated coconut oil would be immediately obvious anyway, based on the iodine value and melting point alone.)

Put a few drops of this on your scrotum for an instant boost in penis size. 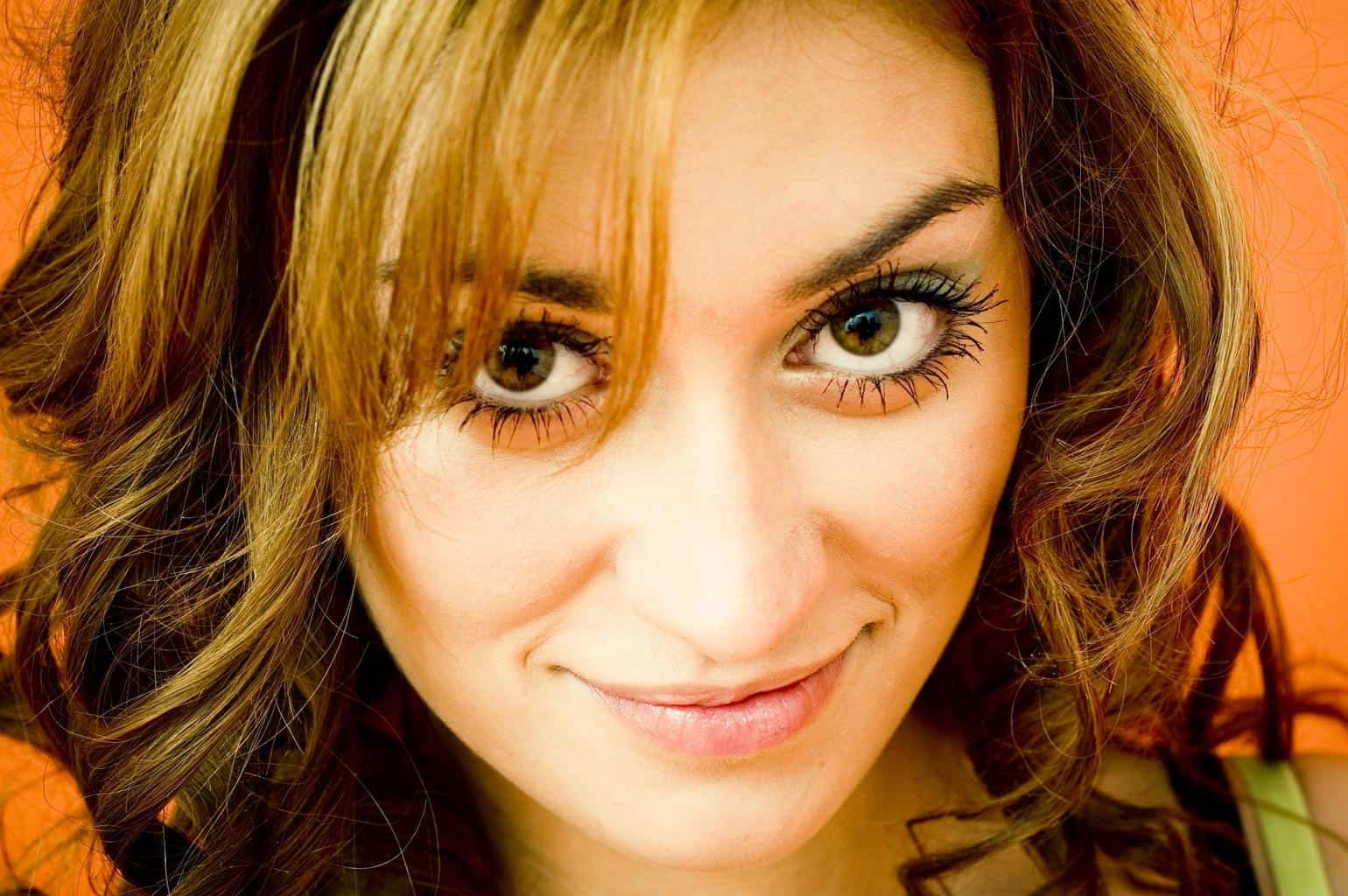 Once this oil comes into contact with the testicles, the Leydig cells start producing more testosterone…

And then other important male hormones increase too.

Then, before you know it, you are growing a bigger and fatter penis right before her eyes…

Matt Cook is editor-in-chief of Daily Medical Discoveries. Matt has been a full time health researcher for 26 years. ABC News interviewed Matt on sexual health issues not long ago. Matt is widely quoted on over 1,000,000 websites. He has over 300,000 daily newsletter readers. Daily Medical Discoveries finds hidden, buried or ignored medical studies through the lens of 100 years of proven science. Matt heads up the editorial team of scientists and health researchers. Each discovery is based upon primary studies from peer reviewed science sources following the Daily Medical Discoveries 7 Step Process to ensure accuracy.
Daily Medical Discoveries has strict sourcing guidelines and relies on peer-reviewed studies, academic research institutions, and medical associations. We avoid using tertiary references. You can learn more about how we ensure our content is accurate and current by reading our editorial policy. To continue reading about olive oil and other topics that pertain to men, click here. If you’d like further information, feel free to check out these references: