There are a lot of people going gluten-free today.

But I think there is another problem with wheat besides gluten.

If you drive through middle America, you can’t help us see signs of Monsanto on what seems to be every soybean and corn field.

300 million pounds of Roundup are sprayed on crops each year in the United States.

And this study shows a very negative effect of Roundup. 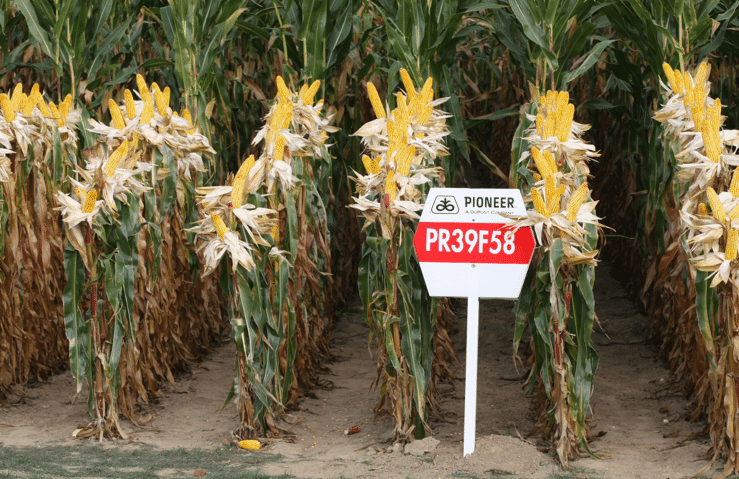 I want to emphasize that many people make fun of these studies.

Critics say that researchers used huge quantities that are not likely to be found in nature.

But this study used very tiny quantities of Roundup that would likely be found in any food that you eat.

It’s to be taken very seriously.

In this study, they found that tiny quantities of Roundup cause massive cell death and mitochondrial damage.

Again, this is in dilution that would be typical of the amount of Roundup you and I get when we eat something that has been sprayed with Roundup.

These are tiny residual quantities —  not large quantities.

All Roundup formulations cause total cell death within 24 h, through an inhibition
of the mitochondrial  activity, and necrosis.

So you can see that the amount of Roundup we’re exposed to is extremely dangerous.

Here’s what the study is referring to when it talks about cell death.

There are two types of cell death.

One is called apoptosis.

This is programmed cell death.

It’s not good when you have too much apoptosis.

But it is a good thing when you have a damaged cell or a cancer cell that kills itself quietly through apoptosis.

Apoptosis is like when you move out of a building and move all your stuff and shut the lights off and disconnect the power.

Apoptosis is the way nature intended cells to die.

The other form of cell death is necrosis.

Necrosis is what happens if you are cross the street and you get hit by a car.

The releases huge numbers of toxins and cell fragments that influence all the other cells.

Roundup causes both programmed cell death and the much worse necrosis.

The study also evaluated the effects of so-called adjuvants.

Adjuvants are other chemicals found in the formulation of Roundup.

All of the above effects are demonstrated below the recommended herbicide agricultural dilutions (from 104 ppm).

And now some scientists have found the bigger problem.

Glyphosate is the herbicide used in Roundup.

These scientists specified that it’s quite possible that glyphosate affects the human body by entering the cell as if it was the common amino acid glycine.

Glycine is the smallest amino acid, and it’s essential to life.

Since glycine is so important, cells are prepared to absorb it easily.

The problem is that the cells also easily take up the glyphosate, thinking that is glycine.

“When a cell is trying to form proteins, it may grab glyphosate instead of glycine to form a damaged, mis-folded protein.

After that it’s medical chaos.

Where glyphosate replaces glycine, the cell can no longer conduct business as usual causing unpredicted consequences with many diseases and disorders as a result.”

These are all good reasons to avoid anything but organic grains.