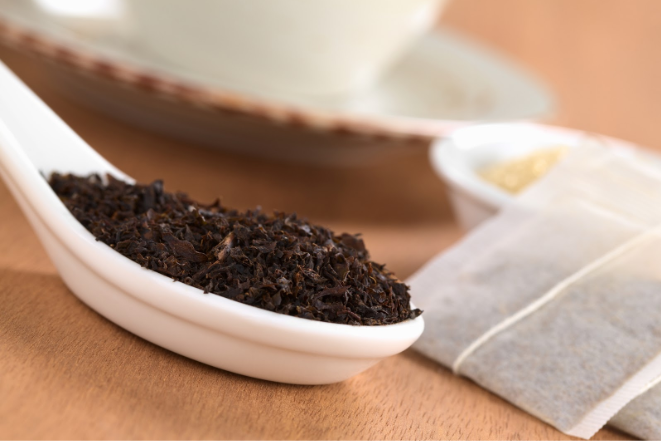 Have You Noticed Something Happening With Guys Today?

It’s not just guys our age, it’s young guys too…

Everywhere you look, men are resigning themselves to sex that’s just okay.

They’re getting used to a life with barely any sexual satisfaction in it at all.

And that’s not right.

Men NEED sex. We are biologically wired to need and want sex every single day.

And the sex we’re having – well it should be GREAT.

We should feel confident in our sexual prowess.

We should last for 30 minutes or more. AND we should have erections that stay rigid and stiff as long as we want.

But something’s happening with guys today… And I think I know how to fix it….

Theanine – Should You Take It?

Theanine is a compound in tea. Over the last decade, science has found many health benefits that can be attributed to theanine.

Theanine is mostly known for its ability to treat stress-related problems of the brain.

It can be very good for anxiety. And studies show it improves memory.

Researchers are only beginning to understand the benefits of theanine – beyond what it does for the brain.

Scientists in India discovered that theanine can heal gastric ulcers.

These researchers carried out mice experiments at the Central Research Laboratory, Department of Biochemistry, K.P.C. Medical College and Hospital, Kolkata, India. They published the results in the Journal of Natural Medicines.

Stomach ulcers are a major cause of pain. And they can progress into serious health problems.

One of the major causes of stomach ulcers is the use of painkilling medicines – NSAIDs.

These include acetaminophen and ibuprofen.

“NSAIDs are widely used to get rid of pain associated with different diseases such as fever, headache, migraine, and cancer.”

The more these medicines are used, the greater the risk of ulcer becomes.

“Long-term use of such pain-relieving drugs eventually causes stomach ulceration.”

Researchers estimate that up to 1/4 of stomach ulcers are caused by these drugs.

(These are rogue electrons that damage DNA and cells.)

Theanine, a compound in tea, has the ability to neutralize these rogue electrons.

So the researchers wanted to find out if theanine could prevent gastric ulcers.

“We evaluated the healing effect of l-theanine on NSAID -induced gastric ulcer.”

This study used indomethacin as the painkiller.

This is not the most common NSAID, but it is the most reliable at producing stomach ulcers.

The researchers divided the group of mice into a number of different smaller groups.

One group of mice received no treatment at all.

The other groups of mice all received indomethacin, which produced stomach ulcers.

And they gave some of these groups of mice different doses of theanine.

They started the theanine supplementation six hours after they gave the mice the indomethacin.

“Groups received different doses of theanine [1, 5, 10, 20, and 40 mg/kg body weight once daily], with the first dose started 6 h after indomethacin.”

The researchers discovered that there were very different effects depending on the dose of theanine.

A moderate dose of theanine rapidly increased the healing of stomach ulcers caused by NSAIDs.

“Theanine healed gastric ulcers at a dose of 10 mg/kg.”

And that is just what the researchers had suspected.

However, a higher dose of theanine had detrimental effects.

High-dose theanine led to a progression of stomach ulcers, rather than healing.

“Theanine aggravated the ulcerated condition at a higher dose of 40 mg/kg.”

So… theanine can heal or aggravate ulcers – depending on the dose.

“The study revealed for the first time the dose-dependent biphasic effect of a natural neuroprotective agent, theanine, on gastric ulcer disease.”

It’s impossible to calculate the appropriate dose of theanine for treating gastric ulcers in humans from this experiment, yet.

Aside from the difference in size between mice and humans, we also metabolize nutrients such as theanine very differently.

But the research shows that a therapeutic dose of theanine for stomach ulcers is probably more than anyone could expect to get just from drinking tea.

In Pain? Read This and Get Your Life Back…

Back pain, leg pain, foot pain, headache pain… all dissolve away with this simple Fusion Formula…

The Fusion Formula is a simple combination of over-the-counter remedies you get at the grocery store.

These two Fusion Formula ingredients soothe both sharp and nagging pain, and they work within minutes.

Best of all, the Fusion Formula uses ingredients readily available anywhere, and it’s non-addicting. You can travel with them. And you do not need a prescription either.

Just imagine… You can use this Fusion Formula anytime you want your body relaxed and feeling good.

And by nightfall, you go to bed and fall asleep like a baby, with uninterrupted sleep.

Matt Cook is editor-in-chief of Daily Medical Discoveries. Matt has been a full time health researcher for 26 years. ABC News interviewed Matt on sexual health issues not long ago. Matt is widely quoted on over 1,000,000 websites. He has over 300,000 daily newsletter readers. Daily Medical Discoveries finds hidden, buried or ignored medical studies through the lens of 100 years of proven science. Matt heads up the editorial team of scientists and health researchers. Each discovery is based upon primary studies from peer reviewed science sources following the Daily Medical Discoveries 7 Step Process to ensure accuracy.
Daily Medical Discoveries has strict sourcing guidelines and relies on peer-reviewed studies, academic research institutions, and medical associations. We avoid using tertiary references. You can learn more about how we ensure our content is accurate and current by reading our editorial policy. To continue reading about Theanine and other topics that pertain to men, click here. If you’d like further information, feel free to check out these references: