You already have this in your house. Here’s the simple remedy that shields your heart from heart attacks.

Your penis may be gasping for air…the penile tissue may be short of oxygen!

When your penis isn’t getting enough oxygen, it might develop penile fibrosis.

And if you’re over 40 or 50 years old, your chances of getting penile fibrosis are even higher.

But doctors don’t know what makes this fibrosis so common. Or how to fix it.

Fortunately, if you can catch it in time, it’s easy to reverse.

And sometimes it can even be reversed late in the game.

This will tell you if you have penile fibrosis or not… and how to easily reverse it if you do.

Many people have had procedures to treat narrowing of the arteries in the heart.

Surgery (even if it has nothing to do with the heart) is a heart attack risk for everyone. Even more so when a stent or catheter heart procedure is involved.

Can we lower the risk of heart attack in non-heart surgery for people with stents or catheters?

This exhaustive study (data was taken from more than 10,000 people) looked at the effect of aspirin on heart attack risk post-surgery.

This analysis was performed at 135 centers in 23 different countries.

All patients were over 45 years old and were designated as at risk for heart disease.

About half of the patients included in the analysis had used aspirin therapy prior to surgery.

These were not heart surgeries, though some patients had previously had stent/catheter procedures.


The patients were tracked for 30 days after operation.

(Bleeding was assessed because it is a side effect of aspirin.)

In patients with prior heart surgery to install a stent or catheter, aspirin reduced the risk of death and heart attack in the 30 days after surgery.

“In patients with stent or catheter – aspirin reduced the risk of heart attack.”

The study concluded that aspirin given around the time of operation could benefit people with stents or catheters.

“Perioperative aspirin may be more likely to benefit rather than harm patients.”

Implantation of stents or catheters is one of the most common procedures worldwide.

Up to 25% of people who have implantation of stents or catheters require non-heart surgery within five years of the procedure.

Heart problems are the leading cause of death after having a non-heart surgery procedure.

Damage to the heart occurs in more than 10% of patients having non-heart surgery.

There was a possible slight increase in serious bleeding from aspirin treatment.

“The effect on bleeding in patients was uncertain.”

It’s likely that any bleeding could be prevented with prior vitamin therapy.

This is not the first time that aspirin has been shown to protect against heart attack.

This analysis of aspirin use, published in the journal Circulation, looked at over 10,000 elderly patients with a history of heart attack.

Aspirin significantly lowered the chance of death in the 30 days after a heart attack.

“The use of aspirin was associated with 22% lower odds of 30-day mortality.”

The study concluded that aspirin therapy was a great addition to heart attack care in the period following a heart attack for these elderly patients.

“The increased use of aspirin for heart attack patients is an excellent opportunity to improve the delivery of care to elderly patients.”

From an economic perspective, the cost-benefit ratio of using aspirin is equally staggering.

“An informal cost-effectiveness analysis estimated that the use of aspirin in this setting cost $13 per life saved.”

Unfortunately, in some instances aspirin prevention therapy is underused.

“In this group of 7,917 patients, only 64% received aspirin within the first 2 days of presentation.”

Aspirin is a powerful anti-heart attack agent that should be used more effectively by healthcare professionals.

Aspirin is experiencing a resurgence in popularity both in the medical and research fields, though.

As noted previously, one of the side effects of aspirin is bleeding.

People tend to bruise and bleed more with higher doses of aspirin increases.

This poses a significant risk if not managed properly.

Bleeding caused by aspirin can be compounded by the use of other drugs, such as blood thinners like warfarin.

Though aspirin therapy can be used in combination with vitamin therapy to limit the risk of bleeding, it should be supervised – especially with high or frequent dosing.

You should see a healthcare professional about heart care.

When his doctor said his blood pressure was very high, my buddy reluctantly took the ACE inhibitor his doctor told him to take.

But my buddy said, “That made me limp in the bedroom. I couldn’t perform sexually with my wife. What the doctor was giving me was ruining my erections.”

So my buddy looked for a way to lower his blood pressure WITHOUT Big Pharma’s help.

Because that way, he could have erections again. And save money. And avoid taking a chemical that comes along with terrible side effects.

This shows what he did, step by step. 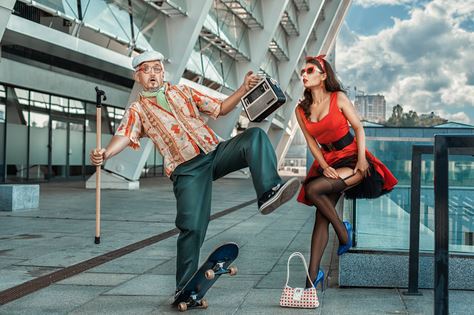 Matt Cook is editor-in-chief of Daily Medical Discoveries. Matt has been a full time health researcher for 26 years. ABC News interviewed Matt on sexual health issues not long ago. Matt is widely quoted on over 1,000,000 websites. He has over 300,000 daily newsletter readers. Daily Medical Discoveries finds hidden, buried or ignored medical studies through the lens of 100 years of proven science. Matt heads up the editorial team of scientists and health researchers. Each discovery is based upon primary studies from peer reviewed science sources following the Daily Medical Discoveries 7 Step Process to ensure accuracy.
Aspirin in Patients With Previous Percutaneous Coronary Intervention Undergoing Noncardiac Surgery
http://annals.org/aim/article-abstract/2663288/aspirin-patients-previous-percutaneous- coronary-intervention-undergoing-noncardiac-surgery

Aspirin in the Treatment of Acute Myocardial Infarction in Elderly Medicare Beneficiaries
http://circ.ahajournals.org/content/92/10/2841


1.What are the heart attack symptoms treatments?
The symptoms of a heart attack may different with different people. This is a life threatening emergency which usually calls for quick action, so that right steps could be taken to limit the damage that maybe caused to the heart. Having the right knowledge about the symptoms that precede a heart attack can help leverage support systems that can save a life.Some of the tests that are usually done is to take a Electrocardiogram (ECG).ECG helps to record the electrical activity of the heart to analyze whether a Heart attack is underway or has already occurred. Some additional tests that are administered is a Chest X-ray ( to measure the size of the heart and to see if there is fluid in the lungs ).An Angiogram can also be done to see if there is any blockages in the arteries. Usually a couple of days after the heart attack, patients may be asked to undergo a stress test to see how the heart and the blood vessels respond to exertion.The most generic symptoms is sudden chest pain, that can feel like fullness or sudden pressure which goes away and comes back. Sometimes the pain may spread over other parts of the body like the arms or the back. This condition is also accompanied by a shortness of breath and feelings of nausea and vomiting.Keeping the person calm and having them sit or lie down is the best approach in this situation. Make it necessary to reach out to 911 ,so that swift professional help is ensued. Aspirin is a pill which is a life saver in this situation  ,but not many people know about this. It is important not to swallow it but chew it slowly when one sees the above symptoms.When these type of symptoms occur, the first action should be to administer clot bursting and artery opening medications to the individual. Thrombolytic drugs act by dissolving any blood clots that is blocking the blood flow into the heart. Usually the doctor also administers drugs such as clopidogrel (Plavix) ,also called Antiplatelet agents. Sometimes in case of pain ,morphine is also administered to the patients.Additional medications that might be administered are Beta blockers that helps to relax the heart muscle and slow the heart beats. This helps to decrease the blood pressure, thus easing the pressure on the heart. In many extreme cases surgery might be the only option to save the ailing patient in case of a heart attack.

2. How can heart disease in men be cured?
With the right lifestyle changes and some tweaks to your diet, one can easily prevent cardiovascular diseases altogether.Engaging in regular physical activity through exercises is a great way of improving the heart health and improve the blood flow in the arteries. Surprisingly ,a condiment like a piece of dark chocolate is considered good for the heart. Dark chocolate consists of certain compounds called falvonoids, which increases the flexibility of the arteries.Dark chocolate is also rich in magnesium and fiber which is good for the heart.Beer is also found to lower cholesterol levels and helps to increase the level of healthy antioxidants in the blood. Regular consumption of B-Vitamins is also healthy for the heart especially folic acid, vitamin B6, and vitamin B12 which is found to lower the levels of homocysteine,which is linked to increased risk of heart disease. Consumption of fish also helps to increase the intake of Omega-3 fatty acid which is healthy for the heart. In addition to these foods, nothing is more beneficial than incorporating good sleep into your daily regimen. Some berries like cherries can help to lower the level of uric acid in blood ,which is a element that cause heart attack and strokes.Adopting these simple measures can help prevent Heart attacks and can aid in the longevity of an individual’s life.