And this testosterone boosting herb is considered an invasive species in North America – Does it grow around your house?

Do you know that “vasodilation” opens up your blood vessels? It literally makes them wider and bigger… So they carry more blood flow.

Isn’t this just what men need?

And yet most blood pressure treatments REDUCE vasodilation… They make blood vessels stiffer and less elastic.

And now you can create vasodilation in seconds… You’ll enjoy much bigger and plumper erections… And decrease your blood pressure at the same time.

You and your wife or girlfriend will be thrilled!

It’s something I call “Unleash Her Inner Animal” – and you can get it today for free – a $197 value.

Just click to the link below and it will be there waiting for you! 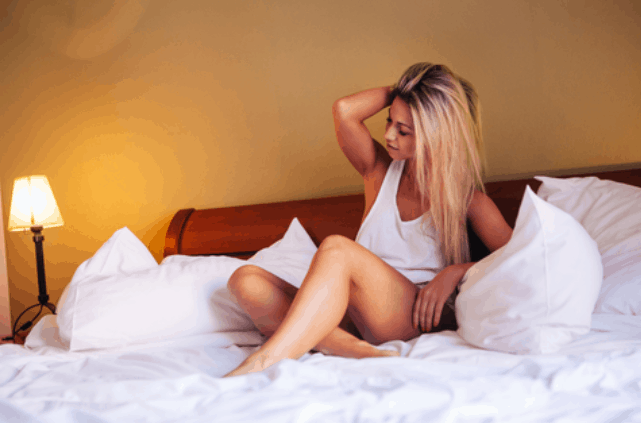 Study: elevation in testosterone from this herb

Tribulus Terrestris is a tough herb that grows in many regions of the world.

This herb has long been used in herbal medicine as a treatment for many things including:

People also use it as a bodybuilding supplement – they believe it boosts testosterone and accelerates muscle growth.

The alleged effects of Tribulus Terrestris have been controversial.

These scientists carried out their human experiments at Cairo University and Beni Suef University in Egypt and published their results in the journal Urologia.

They looked at the effect of Tribulus Terrestris in older men with low testosterone, erectile dysfunction, and urinary tract problems.

“We looked at Tribulus Terrestris in aging males with androgen deficiency who suffered from erectile dysfunction and lower urinary tract symptoms.”

All of the men in the study had low testosterone and ED.

“A total of 70 randomized aging patients with erectile dysfunction and lower urinary tract symptoms were recruited.”

They gave half of the men a supplement of Tribulus Terrestris and they gave the rest inactive supplements.

(The participants didn’t know which group they were in.)

The capsules contained 250 mg of Tribulus Terrestris (standardized to have around 45% of the active ingredient – steroidal saponins).

This formulation is sold under the name “Trib Gold.”

“There was a significant elevation in the mean total testosterone levels: 2.2 before and 2.7 after.”

All of the participants completed questionnaires relating to erectile function.

Tribulus Terrestris led to a significant decrease in symptoms associated with ED.

(The index of erectile function is a series of questionnaires – higher scores are better.)

Tribulus Terrestris had no effect on urinary tract or prostate symptoms.

“There were no changes in lower urinary tract symptoms and no change in the mean score of the international prostate symptom score.”

The study supports previous research showing that Tribulus Terrestris is an effective supplement for men.

“This study replicates the findings of previous reports on testosterone and sexual function of patients who suffered from erectile dysfunction.”

One small negative found in this study was a slight elevation of one liver enzyme.

“The mean of aspartate transaminase was elevated in group A after 3 months of receiving Tribulus Terrestris (26.5 (before), 27.8 (after).”

Even though this is only a small increase, it is probably a good idea to test your liver enzymes when using Tribulus Terrestris.

They found no benefit in the placebo group.

“There was no [improvement] in the testosterone or erectile function in the participants of group B who received placebo.”

Tribulus Terrestris has a number of potentially masculinizing effects.

But most of the benefits seen in this study can be attributed to higher testosterone.

This compound increases the sensitivity to testosterone and other male hormones such as DHT.

Tribulus Terrestris may turn out to have a number of beneficial effects for men.

And we know now that it actually works.

Pop this in your mouth before having sex…

I found a way to raise testosterone naturally…

I call them Booster Bites – and you can bring them with you anywhere.

…but fortunately, here’s how Booster Bites can kick-start your Leydig cells to make youthful amounts of testosterone… They work within hours and cause your testosterone to skyrocket

Matt Cook is editor-in-chief of Daily Medical Discoveries. Matt has been a full time health researcher for 26 years. ABC News interviewed Matt on sexual health issues not long ago. Matt is widely quoted on over 1,000,000 websites. He has over 300,000 daily newsletter readers. Daily Medical Discoveries finds hidden, buried or ignored medical studies through the lens of 100 years of proven science. Matt heads up the editorial team of scientists and health researchers. Each discovery is based upon primary studies from peer reviewed science sources following the Daily Medical Discoveries 7 Step Process to ensure accuracy.
Daily Medical Discoveries has strict sourcing guidelines and relies on peer-reviewed studies, academic research institutions, and medical associations. We avoid using tertiary references. You can learn more about how we ensure our content is accurate and current by reading our editorial policy. To continue reading about Tribulus Terrestris and other topics that pertain to men, click here. If you’d like further information, feel free to check out these references:
1. Does Tribulus increase testosterone?
Tribulus Terrestris, also known as the Indian Gokshura is a medicinal herb known for its bright yellow flowers and widely used in traditional medicine for a variety of medical conditions. An incredible medical herb, Tribulus has been found to reduce blood sugar levels, help regulate the cholesterol level in the body, and increase sexual libido levels.
Also known as Caltrop and Goat's herb, the Tribulus is well recognized in Indian Ayurveda and Traditional Chinese medicine, as the " proverbial sexual booster”  for a long time. In many medical research studies, Tribulus has been used as a wonderful testosterone booster, though western medicine still sits on the fence in accepting its direct link with Testosterone Enhancement.
Did you know that most products that are sold as Organic medical sexual supplements, has a bit of Tribulus in it?
Whether Tribulus play a direct role in the increase of the Natural testosterone levels in the body is still contested, one thing is for sure. Tribulus has been proved in a number of independent studies to boost sexual function and libido. In a research study, it was found that men experienced an increase in their libido after consuming around 700 – 1500 mg of Tribulus daily, for like two months. These test subjects were suffering from a variety of sexual problems.
In another study, interestingly done on women, those with lower sexual libido experienced increased sexual desire after taking Tribulus supplements for 90 days. It is interesting to know that Tribulus also acts as an anti-inflammation agent and also helps in pain relief. It also helps to soothe the brain and has also been found to boost the body’s immune system.
Some studies claim that Tribulus increases body composition and performance among individuals with an active lifestyle and athletes. But no positive results were seen in this case when medically tested. In one study which involved healthy male rugby athletes, around 250 mg of Tribulus was given per day. By the end of the study, no improvements were found in muscular composition or an increase in strength or muscle endurance.
The true ingredient in Tribulus is a certain chemical compound called "Saponins". Saponins comprise around 45% - 60% of the Tribulus composition and have been found to positively affect the body ecosystem. The active compound in Tribulus – Protodioscin is known to increase the secretion of the luteinizing hormone which is known to regulate fertility. It is known that this hormone helps in stimulating the release of the testosterone hormone.
According to researchers, Tribulus also has Antioxidant properties that help to protect the kidneys, livers, and testicles from oxidative stress. It also helps in the prevention of the formation of kidney stones, which is why in Traditional Chinese medicine Tribulus is very famous in this regard.
Though Tribulus is considered a Testosterone booster, there are no medical studies that prove that. It does not help to accentuate the strength or muscle recovery of the body, though it might positively affect libido levels. In a controlled study that involved a group of men and women aged – 14 – 60 years, the results were very positive. This study which lasted for around 90 days, had an equal ratio of healthy and sexually deficient men. The intake of Tribulus did show a consecutive increase in their sperm motility and improved their sexual desires. There was also a faint spike in their testosterone levels.
So, somewhere down there Tribulus works!