It just takes a few minutes for testosterone levels to skyrocket, for sexual desire to rise, and for sexual function to return. I do it too. Here’s how easy it is…

A terrible epidemic is killing men’s health and their manhood…

In 1960, only 2% of men were heavy or obese. And only about 3% of men reported suffering from erectile dysfunction.

Now, however, the latest research shows that 40% of men over 40 are experiencing regular erection problems.

And 60% of these men are heavy or obese.

Men often report belly fat they can’t get rid of, along with poor or non-existent erections.

So I knew there was a relationship between belly fat and poor erections.

But then I discovered that many men are suffering from what is called penile fibrosis.

That is the actual hardening of the arteries in the erection chambers in the penis.

These same men had low testosterone and they had belly fat.

The mystery was deepening.

What could be the cause of poor erections, flab, and penile fibrosis?

I call it being “fat, flaccid, and sick.” 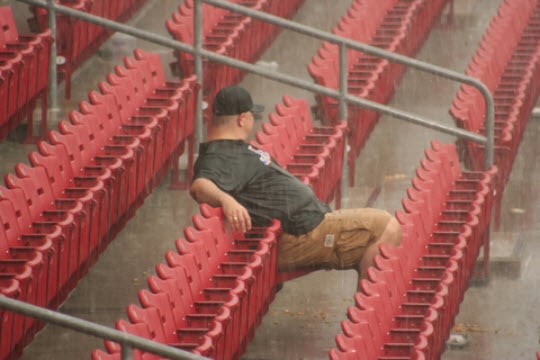 Study: Can this LED light raise testosterone and sexual desire?

I’m going to tell you about a small study that I think is very important and should have attracted more attention that it did.

Studies like this are not well-funded as there are no prospects for Big Pharma profits.

This study was done in one of the best places in Italy I’ve ever been to, Siena.

The University of Siena is one of the oldest universities in the world, almost a thousand years old.

In the School of Medicine there, they did a very neat study that showed how…

A very small number of subjects were randomized into two groups.

The researchers gave the people in one group a special light to look into for 30 minutes upon waking up.

The gave the others a placebo light that lacked the frequencies and brightness of the other light.

The full-light group reported much higher desire and sexual function than the placebo light group did.

“…after treatment, the group exposed to the bright light was scoring a more than 3-fold increase in sexual satisfaction…”

Not only that, but testosterone levels skyrocketed in the men who were looking into the full light. This didn’t happen with the placebo group.

“…the group given active treatment showed an increase from around 2.1 ng/ml to 3.6 ng/ml after two weeks…”

Before I leave this topic, I want to tell you about another study that shows you the opposite:

How darkness can be harmful to reproductive organs.

This study, from a while back, showed that young male hamsters left in darkness did not develop their adult penises and testicles.

Moreover, when male hamsters were left in complete darkness, their penises and testicles actually shrunk.

This is an extreme case… But with these two studies, we can see how beneficial light is to our reproductive organs.

I personally use a similar light protocol every day.

And I find it super-helpful.

I believe it could make a big difference for many men and women.

One thing that I do differently is to use red light rather than white light.

Many studies have shown the benefits of red light.

Part of my light protocol is to stare into the bright red light for a period of time with each eye.

Of course, I make sure that I don’t heat up my eyeball or cause damage.

I believe that my eyesight has even been improving since I have been doing this.

And my sex drive is maintaining its usual high level.

If you want to try this, don’t look into just any old white light.

Often they have too much blue in the spectrum, which can be harmful.

A red LED light is perfect.

And talk to your doctor first, of course.

This coca smuggler took this herb and his penis grew MASSIVELY… 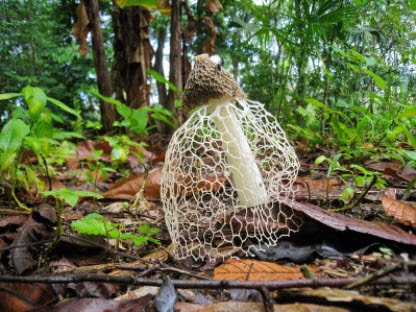 I learned this amazing lesson from this coca smuggler…

Warning, he was SO huge that girls’ eyes would stare wide-eyed as they tried to take in his giant penis…

Imagine if you could take one herb or a simple shake and watch as your penis is proudly standing tall, wide, fat, engorged…

The hugeness fat-and-long secret of the coca smuggler

Matt Cook is editor-in-chief of Daily Medical Discoveries. Matt has been a full time health researcher for 26 years. ABC News interviewed Matt on sexual health issues not long ago. Matt is widely quoted on over 1,000,000 websites. He has over 300,000 daily newsletter readers. Daily Medical Discoveries finds hidden, buried or ignored medical studies through the lens of 100 years of proven science. Matt heads up the editorial team of scientists and health researchers. Each discovery is based upon primary studies from peer reviewed science sources following the Daily Medical Discoveries 7 Step Process to ensure accuracy.
Light Therapy as a Treatment for Sexual Dysfunctions
https://www.karger.com/Article/Abstract/203119

Lack of interest in sex successfully treated by exposure to bright light
https://www.sciencedaily.com/releases/2016/09/160918214443.htm