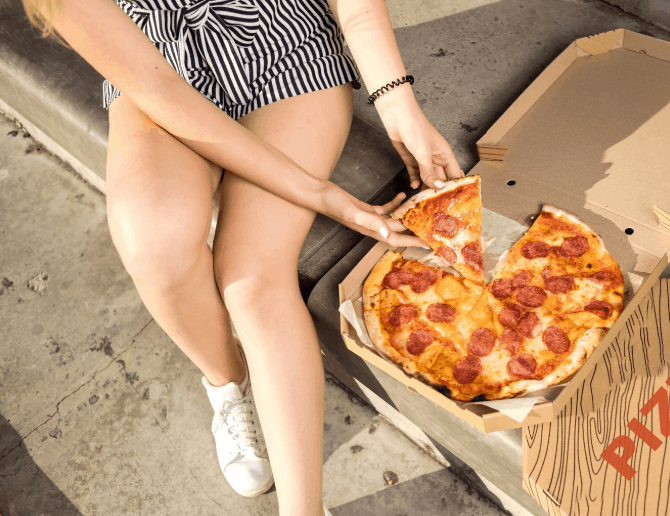 Doctor says: Eat more burgers and ice cream – but do THIS at the same time!

What if you could eat burgers and ice cream and drink beer and soda, and just waste the food energy and become thinner and thinner?

What if instead of storing the food as fat, your body burns it up as body heat?

What if you become leaner, and feel better than ever before?

And what if your sexual potency and powers get better and better?

This major study backs this up… It’s about fat burning (lipolysis) and thermogenesis (burning up food energy as heat instead of packing it on as belly fat.)

Discover how to use this “inhibiting lipolysis” trick to burn food as body heat and improve your sexual performance at the same time.

Losing weight can make you sicker and cause your metabolism to fall. Read today’s newsletter to discover a way AROUND that problem.

Okay… So most people lose a few pounds through restrictive dieting and then, BOOM, gain it all back.

This yo-yo effect can REALLY screw up your metabolism over time and make it harder and harder for your body to lose weight.

And tons of people struggle with this.

Look… I don’t believe in restrictive diets – other than restricting fat – and I like to find hacks that really work.

I’m a big believer that if you understand how your body really works, in many cases you can get it to work better for you.

Hacks work WITH your biology to help you lose weight without tons of crazy restrictions that make a diet hard to follow and stick to.

It’s a big advantage over traditional dieting… Simply because it’s so much easier.

You may have heard that you shouldn’t eat super-late at night because it makes you gain weight.

Most people think this is an old wives’ tale, but there is actual science behind it.

Here’s how it works…

Does eating late make you fat?

There have been some studies in the past that suggest that eating late at night is linked to obesity.

But the evidence wasn’t super-clear.

According to the lead author of this study, Adnin Zaman, M.D., of the University of Colorado:

“‘Previous studies have suggested that later timing of eating and sleeping are related to obesity.”

Because of new technology, the scientists were able to measure this correlation a lot more accurately.

The technology they used to measure eating patterns and weight gain…

The researchers used three different types of technology to get accurate readings on the people they were studying.

This technology measured activity, sleep, and meals with a fair degree of accuracy.

“Participants wore an activPAL electronic device on their thigh. This device measured how much time they spent in physical and sedentary activities. They also wore an Actiwatch, which assesses sleep/wake patterns. Participants were asked to use a phone app called MealLogger to photograph and time stamp all meals and snacks throughout the day.”

And that night eating is linked directly with weight gain.

The scientists believe that by simply shifting our eating times to earlier, people can lose weight.

“These findings support our overall study, which will look at whether restricting the eating window to earlier on in the day will lower obesity risk.”

The best part is – this is easy to do.

Many people find that making a rule about not eating after a certain time is super-effective at shifting eating times earlier.

So perhaps the rule is I don’t eat after 7PM.

(Note that some people SHOULD eat something before bedtime… If people aren’t sleeping well, eating a little gelatin, milk, or ice cream can help them sleep better…)

Another strategy is to eat a big lunch and then eat a smaller dinner.

This tends to create earlier eating patterns as well.

By shifting the eating time up, you can take advantage of this biological reality that eating late causes weight gain for many people.

If you decide to do this, make sure you also create replacement behaviors for when you would normally eat in the evening.

Otherwise, you might find yourself reaching for a bag of chips.

A replacement behavior can be something as simple as doing a crossword puzzle or playing a computer game instead of eating.

Understanding your biology so you can “hack” your body can pay big dividends in making weight loss much, much easier. 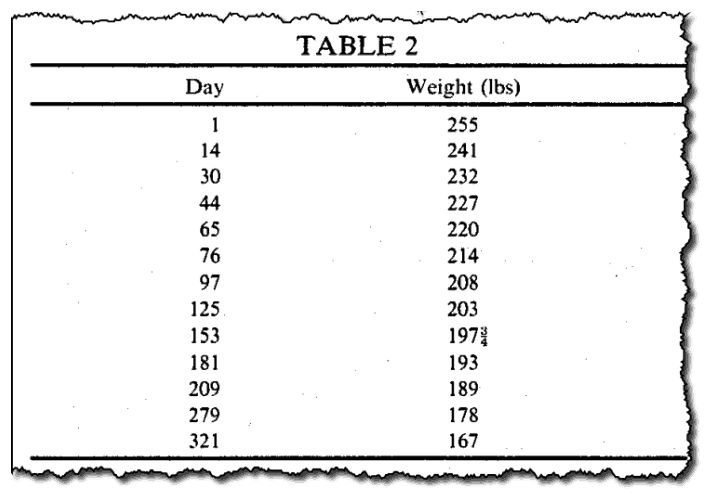 This wasn’t unusual; it was TYPICAL…

So, this got me hitting the books… I needed to find out how to burn that fat safely…

The key is to recognize that the body is always burning fat 24 hours a day, seven days a week.

Every cell burns fat, even at rest.

The average male body burns about 1,800 calories of fat per day, even if the man does not get out of bed.

…if you can simply get your body to burn the fat that’s already there.

When I tried this 1920s method, I began losing a few pounds a week. And I never let myself ever get hungry.

I found this the easiest way of eating that I had ever experienced.

And no more skipping meals.

And as an added bonus, I started getting much better erections every single day.

Matt Cook is editor-in-chief of Daily Medical Discoveries. Matt has been a full time health researcher for 26 years. ABC News interviewed Matt on sexual health issues not long ago. Matt is widely quoted on over 1,000,000 websites. He has over 300,000 daily newsletter readers. Daily Medical Discoveries finds hidden, buried or ignored medical studies through the lens of 100 years of proven science. Matt heads up the editorial team of scientists and health researchers. Each discovery is based upon primary studies from peer reviewed science sources following the Daily Medical Discoveries 7 Step Process to ensure accuracy.
Daily Medical Discoveries has strict sourcing guidelines and relies on peer-reviewed studies, academic research institutions, and medical associations. We avoid using tertiary references. You can learn more about how we ensure our content is accurate and current by reading our editorial policy. To continue reading about [keyword] and other topics that pertain to men, click here. If you’d like further information, feel free to check out these references: