In this newsletter, I’m going to show you want to get rid of excess iron from your body.

And I’ll show you how to do it.

Not only can you restore your health, but you can also eliminate body odor without piling on extra deodorant.

So let’s get into iron.

We are born with a great deal of iron.

You may be familiar with the jaundice that some babies get.

As soon as a baby is born, it’s body gets rid of iron as quickly as possible.

Jaundice has to do with trouble getting rid of iron.

The for the rest of one’s life, iron builds up over time. 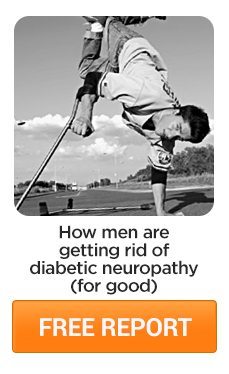 What happens when you too much iron?

Iron is one of the huge contributors to aging.

It contributes to Alzheimer’s.

And it’s connected to many degenerative diseases including diabetes type II.

Iron overload may amplify the damaging effects of superoxide overproduction in a very broad spectrum of inflammatory, both acute and chronic, conditions.

Furthermore, chronic oxidative stress may modulate iron uptake and storage, leading to a self-sustained and ever-increasing spiral of cytotoxic and mutagenic events.

Iron is necessary for the hemoglobin to take up oxygen and carbon dioxide in the tissues.

But as this study shows, iron is a double-edged sword.

Most of us have way too much iron.

A lot of people even supplement and take too much iron.

And it causes a lot of problems.

The problem is that once you have too much iron, it bounces around in your body.

It goes all over creating massive free radicals called superoxides.

Your body needs to generate superoxides to kill cancer cells and get rid of bacteria and parasites.

But too many superoxides let loose can result in many inflammatory diseases.

There are serious consequences to having a too high iron count in your blood.

What iron levels should you have?

In general, you should have as low in iron level as you can.

Iron is stored in the body in the form of ferritin — you can get a blood test for ferritin.

The normal range for blood ferritin is:

For men, 24 to 336 nanograms per milliliter (standard units) or 24 to 336 micrograms per liter (international units).

For women, 11 to 307 nanograms per milliliter (standard units) or 11 to 307 micrograms per liter (international units).

So how can you lower your iron levels?

First of all, one thing you can do is drink coffee whenever you eat a meal that has red meat in it.

Coffee helps make most of the iron impossible for your body to absorb.

You should drink the coffee within one hour of eating a red meat meal, or even with the meal itself.

And it will have the effect of inhibiting the absorption of most of the iron in the meat.

You may already have high ferritin levels.

That means that you’re storing way too much iron.

You need to find a way to reduce iron levels in the blood.

One way of getting rid of iron is eating cilantro.

Cilantro has the effect of removing iron that’s in your body, and it does it safely.

There are other methods of removing iron. 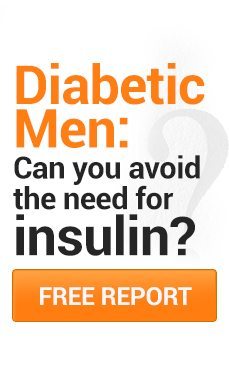 The process is called iron chelation.

But nothing beats cilantro day-to-day.

Ferrous ion-chelating activity was significantly greater in the stem alcohol extracts, and corresponded to antioxidant activity.

If you’re suffering from any number of inflammatory issues, you might try to add cilantro to your diet.

These include diabetes, dementia, fibrosis, really anything at all that comes from inflammation.

You can just buy dried cilantro from the grocery store.

Try taking about a tablespoon of the dried herb washed down with some milk or in some yogurt.

Together with the coffee, you’re well on your way to getting rid of excess iron in your body.

You might want to try this for a while and then get another ferritin test.

You’ll want to see if the cilantro has had an effect on lowering your stored iron ferritin levels.

And you should start feeling a lot better in general.

People have also reported that cilantro has helped them reduce body odor problems.

Cilantro is very good at helping your body fight bacteria.

That includes the bacteria on the skin the causes body odor.

Something to think about.

Matt Cook is editor-in-chief of Daily Medical Discoveries. Matt has been a full time health researcher for 26 years. ABC News interviewed Matt on sexual health issues not long ago. Matt is widely quoted on over 1,000,000 websites. He has over 300,000 daily newsletter readers. Daily Medical Discoveries finds hidden, buried or ignored medical studies through the lens of 100 years of proven science. Matt heads up the editorial team of scientists and health researchers. Each discovery is based upon primary studies from peer reviewed science sources following the Daily Medical Discoveries 7 Step Process to ensure accuracy.
Iron metabolism, free radicals, and oxidative injury http://www.sciencedirect.com/science/article/pii/S0753332201000683