Doctors don’t talk about this mysterious condition – even though many doctors themselves suffer from it themselves.

Yet this mysterious condition accounts for 93% of erectile dysfunction in men. But doctors just don’t know about it…

So men often end up trying many things, but they never find a real solution to their ED…

Qianliexin – should you take it?

Prostatitis causes chronic pain and irritation in the pelvic area and urethra.

Up to 1/3 of men over the age of 25 suffer from prostatitis.

Erectile dysfunction is one of the major complications associated with prostatitis.

A number of Chinese herbal medicines are alleged to be effective in treating prostatitis and ED.

This trial looked at a remedy called Qianliexin capsule. They found it effective in treating both prostatitis and ED.

These researchers carried out human research at the Xuanwu Hospital, Capital Medical University in China. They published their results in the Tropical Journal of Pharmaceutical Research.

Qianliexin is a capsule made from a number of herbs.

It is widely used in China, but there has previously been no scientific research on the effect of Qianliexin in prostatitis with erectile dysfunction.

The study looked at the effect of the herbal remedy on different outcomes using a series of questionnaires:

The study recruited 128 men suffering from prostatitis and ED.

“A total of 128 patients with prostatitis complicated with erectile dysfunction were selected to study subjects.”

The researchers split the men into two different groups.

They treated one of the groups with the herbal remedy Qianliexin.

And they gave both groups lifestyle advice and other treatments. The trial lasted four to six weeks.

Quality of life (QOL-BREF) significantly improved in the men treated with the Chinese herbal remedy.

“The QOL-BREF score of the study group was significantly higher than that of the control group.”

Prostatitis symptoms decreased in both groups.

But prostatitis improved more in the group given the experimental treatment.

“While NIH-CPSI scores were significantly decreased in both groups, the decrease in the study group was greater.”

NIH-CPSI is the questionnaire developed by the National Institutes of Health to assess symptoms of prostatitis.

At the outset, both groups had an average NIH-CPSI score of 25.

At the end of the trial, the group that did not get Qianliexin had an average score of 18.

The group that did get Qianliexin had an average score of just over 11 at the end of the trial.

Erectile function improved in both groups by the end of the study.

“In contrast, IIEF-5 score significantly increased in both groups.”

(For the erectile function questionnaire, higher scores are better.)

Men given the herbal treatment had improved IIEF-5 scores over the control group at the end of the study.

“The increase in the study group was higher than in control.”

Men in the control group saw an improvement of 1.5 points in the IIEF-5 questionnaire looking at erectile function.

Men given Qianliexin saw an improvement of almost 9 points on the erectile function questionnaire.

There were relatively few side effects reported.

In fact, there were more side effects reported in the group that did not get the herbal treatment.

The researchers concluded that this Chinese herbal remedy can improve symptoms related to prostatitis and ED.

“Qianliexin capsule is an effective and reasonably safe drug for enhancing the quality of life, erectile function, and symptoms in prostatitis patients with erectile dysfunction.”

A couple of other studies found that Qianliexin capsule was more effective than the standard pharmaceutical treatment for prostatitis.

My research shows that a simple change in focus reverses desensitization in men overnight.

(Desensitization is when men start experiencing a loss of sensitivity and sensation in their penis during sex.)

And here is the really great part: The brain-penis connection means that the more you FEEL, the HARDER your erection gets.

So thanks to this simple change in focus, you’ll be feeling more and more pleasure right away. 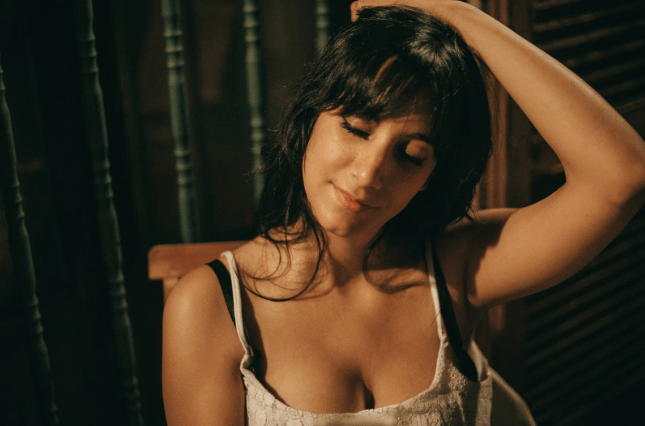 Matt Cook is editor-in-chief of Daily Medical Discoveries. Matt has been a full time health researcher for 26 years. ABC News interviewed Matt on sexual health issues not long ago. Matt is widely quoted on over 1,000,000 websites. He has over 300,000 daily newsletter readers. Daily Medical Discoveries finds hidden, buried or ignored medical studies through the lens of 100 years of proven science. Matt heads up the editorial team of scientists and health researchers. Each discovery is based upon primary studies from peer reviewed science sources following the Daily Medical Discoveries 7 Step Process to ensure accuracy.
Daily Medical Discoveries has strict sourcing guidelines and relies on peer-reviewed studies, academic research institutions, and medical associations. We avoid using tertiary references. You can learn more about how we ensure our content is accurate and current by reading our editorial policy. To continue reading about Qianliexin and other topics that pertain to men, click here. If you’d like further information, feel free to check out these references: