Cell phones emit harmful radiation…luckily, you can use this vitamin to prevent the damage…

Have you heard of the NEW Super Vitamin C?

Once you try this special form of vitamin C, you’ll never go back to boring, regular old vitamin C…

There are so many different Vitamin C variations, some of them can be toxic. Here’s how to get the new Super C. You will also discover the exact amounts and techniques here, including how much vitamin C is too much… 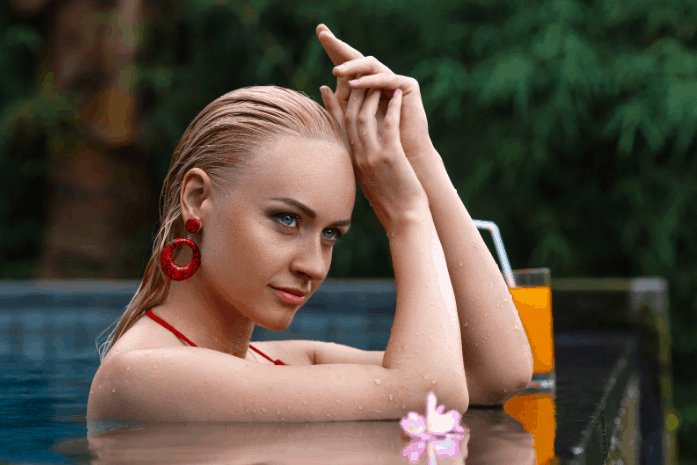 Cell phones have been in use for decades.

But the health effects of cell phones has only recently begun to be properly investigated.

In the last few years, researchers have shown that cell phones can increase the risk of heart problems and thyroid problems.

Electromagnetic radiation from cell phones can also cause damage to the male reproductive system.

Now researchers have discovered that vitamin E could protect the testicles against cell phone radiation.

The researchers did these animal experiments at the Anatomy and Embryology Department, Faculty of Medicine, Al- Azhar University, Egypt. The Egyptian Journal of Hospital Medicine published the results.

They housed the first group of rats in an area that was free from high levels of electromagnetic radiation (EMF).

“Group 1 consisted of 40 rats. These rats were kept in the animal house away from any source of EMF.”

They exposed the second group of rats to electromagnetic radiation from cell phones.

These rats had three hours of cell phone exposure per day.

“Group 2 (radiation group) consisted of 40 rats that were exposed to EMF emitted from mobile phones for 60 days.”

They exposed the third group to cell phone radiation as well, but they also supplemented these animals with vitamin E.

“Group 3 (radiation and vitamin group) were exposed to EMF emitted from mobile phones and simultaneously they received vitamin E, orally.”

The animals exposed to cell phone radiation showed major damage to the testicles.

These are the regions within the testicles that are responsible for producing sperm.

Damage to the seminiferous tubules could lower fertility.

“Exposure to electromagnetic radiation induced degeneration and atrophy in some seminiferous tubules.”

Within the seminiferous tubules are Leydig cells – these produce testosterone.

Animals exposed to cell phone radiation had far fewer Leydig cells at the end of the experiment.

The results show that cell phone radiation could cause low testosterone and infertility.

The damage from cell phone radiation is dose-dependent.

“These abnormalities seem to be directly related to the duration of mobile phone use.”

But the animals that got the vitamin E supplements did not experience much of that of the damage.

The animals got vitamin E three times a week.

The researchers believe that free radicals cause much of the damage from cell phone radiation.

These free radicals are rogue free electrons that travel around the body damaging cells and DNA.

Vitamin E is well known for its ability to clean up free radicals and prevent damage from radiation.

We call this an antioxidant effect.

“The increased radiation-induced free radicals generation in testes might have been neutralized by vitamin E, as vitamin E is a chain-breaking antioxidant.”

Previous experiments looked at the effect of vitamin E on cell phone damage to the heart and liver.

Vitamin E seems to protect the body systemically against radiation from cell phones.

Never carry your cellphone in your breast pocket — that’s too near your heart.

Don’t carry it next to your genitals.

And when not in use, cell phones should be kept away from the body.

Vitamin E supplementation seems like a good idea for men who have to use cell phones.

—-Important Message for Boosting Your Testosterone—-

Pop one in your mouth when you’re…

Booster Bites are perfect for any occasion and will make you feel like a true Alpha male in just minutes.

They’re made from all-natural ingredients that stimulate your Leydig cells into producing more natural testosterone on their own.

And you can try my Booster Bites today – free of charge.

Matt Cook is editor-in-chief of Daily Medical Discoveries. Matt has been a full time health researcher for 26 years. ABC News interviewed Matt on sexual health issues not long ago. Matt is widely quoted on over 1,000,000 websites. He has over 300,000 daily newsletter readers. Daily Medical Discoveries finds hidden, buried or ignored medical studies through the lens of 100 years of proven science. Matt heads up the editorial team of scientists and health researchers. Each discovery is based upon primary studies from peer reviewed science sources following the Daily Medical Discoveries 7 Step Process to ensure accuracy.
Daily Medical Discoveries has strict sourcing guidelines and relies on peer-reviewed studies, academic research institutions, and medical associations. We avoid using tertiary references. You can learn more about how we ensure our content is accurate and current by reading our editorial policy. To continue reading about phone radiation and other topics that pertain to men, click here. If you’d like further information, feel free to check out these references: