Don’t all men want to look years and years younger? Here’s how…

How to drop any amount of fat you want

Remember the Biggest Loser show on TV? Men who lost a great deal of weight regained it all, and then some.

Why? Because their weight loss lowered their metabolism and ruined their body’s hormonal mix.

And it turns out that most fat loss causes metabolic harm that makes it more and more difficult to keep the pounds off.

Worse yet, you lose LEAN muscle and LEAN organ mass, so you are less healthy.

And many men experience terrible erection problems (because of lowered testosterone) unless they do this. 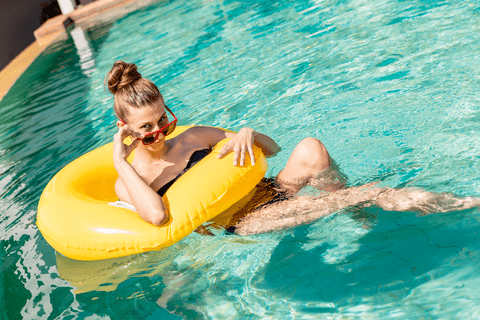 Here is a new video I made that shows you what men are doing to lose fat, keep their muscle and lean mass, and experience vastly improved erections due to lowered estrogen

I’ll tell you why it’s important for you to care for your skin – and it’s not just about vanity.

First I’ll give you a lot of bad news (good news below).

The male cosmetics market has exploded – $21 billion in global revenue in 2016.

More men are going to salons and buying skin creams.

What keeps me away from that, partly, is that I don’t relate.

And that’s a problem the marketers are working on feverishly.

They dearly wish to unlock our reservations, and then our wallets…

And they are making headway. Marketing does work.

I expect that many men will soon be happily parted from lots of dollars for the promise of rejuvenation.

Especially in some age groups.

And I’m not talking about our dads.

That generation is unlikely to change their ways. I’m talking about younger men.

But here’s why I won’t be adding to their billions (and you shouldn’t either):

The skincare industry is a con job.

Overpriced, over-packaged, overhyped. Upper-end creams and “serums” for nearly $2,000 for a few weeks worth of supply. Please!

The margins are astonishing, even on lower-end supermarket brands with fewer zeros on the price tags.

Men’s products cost less relative to women’s products, but it’s pretty much the same stuff inside the tube.

Consumers have been misled. Beauty and lifestyle magazines have been complicit in that.

Now men who haven’t decided yet should step back and learn more before going there.

What’s inside that expensive packaging?

This article is about a discussion with dermatologists about the myths and truths of skin care.

Their official line is still that most creams aren’t even absorbed by the skin.

Most creams do not penetrate through the epidermis.

But what did they say about the ones that supposedly do?

About highly-profitable, patented forms of vitamin A:

“All the dermatologists spoke at length about retinoids, a class of chemical compounds that are related to vitamin A that can actually pass further into the dermis, including into the blood vessels, which then could have systemic effects. In fact, tretinoin (also known as retinoic acid or Retin-A) is often used in the treatment of dermatological conditions, from photoaging to acne and psoriasis.”

I have to wonder why these dermatologists showed such enthusiasm about a Vitamin A-like substance that has many drawbacks compared to the natural version.

And the natural stuff itself is not something you should overdo anyway!

So I have my doubts about the motivation behind their remarks…

And that’s just one skin care ingredient (one that’s usually only available by prescription, by the way).

What about other ingredients?

And here’s one that’s making a huge impact in the oceans and waterways as well as on our health: microbeads. 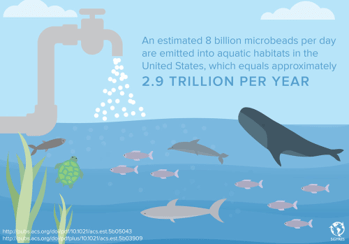 Wikipedia: Microbeads are manufactured solid plastic particles of less than one millimeter.

These tiny beads are in soaps, toothpaste, facial scrubs, chemicals, and more.

In personal care products, they are mostly there for spreadability, texture, and visual appeal.

We use them and wash them down the drain.

They end up in our lakes and oceans and rivers. Made of plastics, they do not vanish.

“A variety of wildlife, from small fish, amphibians, and turtles to birds and larger mammals, mistake microbeads for their food source. This ingestion of plastics introduces the potential for toxicity not only to these animals but to other species higher in the food chain.”


“Harmful chemicals … include hydrophobic pollutants that collect on the surface of the water such as polychlorinated biphenyls (PCBs), DDT, and polycyclic aromatic hydrocarbons (PAHs).”

We humans are high on the food chain, and harmful chemicals are already a big health problem for us.

Steps are being taken to ban microbeads. But microbeads are not out of the picture yet.

For all their slick packaging, commercial skin products are a can of worms.

And I’m not talking about the new skincare product that is actually made from worm castings (worm poop) – because I haven’t looked into that yet.

But there is a lot more bad stuff in commercial skin products than just microbeads and hyped-up versions of vitamin A. This was just a glimpse.

Now we’ll move on to the good news, something that’s good for real…

What can men do to keep their skin young – that really works?

The rewards of getting your information from science rather than from the mass media are many.

You will save money and see actual results.

The truth is, proven skin treatments are cheap and freely available. Niacinamide is one example.

Niacinamide is a skincare star:

“Clinical testing of topical niacinamide (vitamin B3) has revealed a broad array of improvements in the appearance of aging facial skin.”

The researchers used the niacinamide in a cream, but niacinamide is water-soluble, so you can use it in water, as I do.

Niacinamide is inexpensive, but I don’t add things to my daily routine unless they’re really worth the time and effort.

I dissolve niacinamide in water and spray it onto my skin.

It only takes a few seconds, and it’s pleasant after a shower.

It does a lot for me.

Niacinamide does a lot for men’s health and youthful appearance.

A quick search of our site will take you to articles about niacinamide. Among them:

Niacinamide is a good start for men who want to remain in control of their health, their appearance, and their wallet.

Scientists are flabbergasted at this shocking finding that Okinawa men are living often to 100.

And having sex with their wives the entire time.

And they look decades younger than most men their age…

For example, would you believe this man is over 70 years old?

He is still having awesome sex and has no intention of ever stopping.

His skin is still elastic and smooth…

What are these men from Okinawa doing?

Here’s the Okinawa secret to a long, active, and youthful life

Matt Cook is editor-in-chief of Daily Medical Discoveries. Matt has been a full time health researcher for 26 years. ABC News interviewed Matt on sexual health issues not long ago. Matt is widely quoted on over 1,000,000 websites. He has over 300,000 daily newsletter readers. Daily Medical Discoveries finds hidden, buried or ignored medical studies through the lens of 100 years of proven science. Matt heads up the editorial team of scientists and health researchers. Each discovery is based upon primary studies from peer reviewed science sources following the Daily Medical Discoveries 7 Step Process to ensure accuracy.
Daily Medical Discoveries has strict sourcing guidelines and relies on peer-reviewed studies, academic research institutions, and medical associations. We avoid using tertiary references. You can learn more about how we ensure our content is accurate and current by reading our editorial policy. To continue reading about Niacinamide and other topics that pertain to men, click here. If you’d like further information, feel free to check out these references:
1. What are the best methods for male skincare?
Following a regular routine, which involves cleansing and moisturizing of the skin is the best approach to optimal skincare. Using natural oils for moisturizing the skin is a beneficial process. Oils penetrate the skin and help to infuse them with the nutrients inherent in them.
Keeping the skin hydrated is the best approach to taking care of the skin. Drinking the necessary amount of water is important as it flushes the body of any toxins and also keeps the flow of nutrients and blood optimized in the human body. Consumption of natural fruits and vegetables that are rich in antioxidants helps to reduce damage to the skin cells and also combat free radicals. These are Blueberries, pomegranates, Goji berries, Spinach, Raspberries and Grapes.
Vitamin D is one of the core compounds that the skin naturally makes during exposure to the sun. Though small amounts of this sun exposure is beneficial, too much of this can cause damage to the skin. It is thus important to make use of moisturizers or cleansers, that are made of natural herbs.
Imbibing a diet that is rich in Vitamin A and C is the best way to supplement the richness of the skin. Consuming foods like avocados, olive oil, nuts and fish can help to get necessary fats that aids in nourishing the skin. Engaging in activities that release stress is a great way of easing the pressure on the skin and body in the long run, yoga could be a great resource for this purpose.

2. Are men's grooming products safe?
In recent years though the demand for men's grooming products has rocketed through the roof, the dangers of following this fad are harmful to the skin. According to recent studies, it has been found that most male grooming products such as moisturizers, deodorants, shaving creams, body wash, and fragrances consist of chemicals that may cause long term damage to the body.
Off the many compounds that go into the manufacture of these products, Hormone disrupting chemicals such as phthalates, Artificial musks, Paraben, Petrolatum and Formaldehyde has been proven to cause damage to the central nervous system and genital organs.
Chemicals like Sodium Laureth Sulphate found in shampoo products and body wash products can cause eye and respiratory tract irritation and is also a known carcinogen. This can also affect the brain and nervous system and can cause disruption to the endocrine system and damage to the reproductive organs.
Hair products and cosmetics consist of Silicon chemicals which are known carcinogens and have been linked to severe facial oedema and severe dermatitis issues. Normally found compounds like BHA and BHT that is found in moisturizers have been linked to allergies and developmental defects in human body.
Cosmetic products like moisturizers also consist of Paraben which has been found to cause breast cancer and long term damage to the immune system. Hair products like gel and creams are also known to contain compounds like Petrolatum than causes skin irritation and allergies.To that note,it is beneficial to use products that are organic and consists of natural compounds that are healthy and safe for the skin.