These foods cause long-term erection problems, age spots, even cancer… here’s how you can avoid penile fibrosis and live longer and healthier… with a strong firm penis and a great sex life.

Big Pharma makes $30 billion a year on diabetes treatments. They can’t make any money by curing diabetes… No problem – you can fix diabetes yourself.

…instead of curing diabetes. 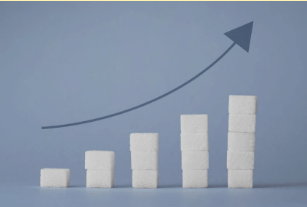 I was shocked when I learned that Big Pharma doesn’t have to prove that their diabetes chemicals make you healthier or help you live longer.

They just have to prove that the chemical somehow lowers your blood sugar.

In other words, if it lowers your blood sugar within a year, it doesn’t matter if it kills you in 10 years…

This is why many diabetes chemicals get safety-approved even though they are actually very dangerous.

And gradually, all the guys taking these dangerous chemicals get cancer, or kidney failure, or develop heart problems.

But you don’t have to get sucked into Big Pharma’s dangerous chemical world – you can reverse diabetes yourself by following this simple system.

Link between penile fibrosis and eating THIS

One tissue change that occurs with age is the formation of advanced glycation end products (AGEs) in the body.

This review shows a common result in aging where high AGEs correlate with erection problems.

AGEs effects in the cavernous tissue of the penile shaft and in ED onset, particularly on diabetes and aging… favor AGEs formation, but also increase the risk of developing ED.

There’s been a lot of research done on AGEs but very relatively little progress has been made.

It used to be they were thought of as “molecular baddies” produced by the combination of sugar and other chemicals in your body.

But it has recently been shown that sugar does not cause AGEs.

That’s probably why attempts to eliminate AGEs have not actually led to a demonstrable increase in life expectancy – or relief from erection problems.

However, according to my research, it is now recognized that the process begins with high amounts of polyunsaturated fatty acids (PUFAs) – principally one type of PUFA, linolenic acid.

You heard these oils were good?

PUFAs include canola oil, soy oil, corn oil, peanut oil, and other seed oils. All the ones we’ve been told over the past few decades to use.

Olive oil is a special case as it is relatively low in PUFAs and has some other benefits. But avoid cooking with it at high temperatures.

Coconut oil is very, very low in PUFAs, so it’s not bad for your health. It’s the healthiest vegetable oil for cooking.

Here are the major steps in the lipid peroxidation process:

You consume a diet high in PUFAs.

In your body, these fatty acids are very unstable.

Think about a combination of bleach and fat and maybe you’ll get the picture – lipid peroxides are very active, like, bleach but they are fatty.

Not a good combination.

Now, those lipid peroxides attack other cells and cause those cells to blow apart – cellular suicide.

The fragments of these destroyed, blown-apart cells are now bits of iron floating around your body.

And those iron fragments are extremely reactive.

Our bodies do have a defense against this. But it’s not a nice one.

The protective mechanism is all about wrapping these iron particles in lipofuscin on our organs.

This creates something commonly known as age spots.

As more and more PUFAs are consumed, these age spots appear throughout the body and on all the organs (including the brain).

This study was done on the adrenal glands of rats.

But other studies have shown similar results throughout the entire body – and especially the brain.

Lipofuscin is a last-ditch refuge for the body.

As we age and continue consuming PUFAs, our bodies accumulate more toxic lipofuscin.

Our metabolism weakens and we get sicker and sicker.

The results show an age-related steady increase in lipid peroxidation products in rat adrenals and suggest their accumulation in lipofuscin granules.

I discovered a simple little brew that fixes the plaque build-up in the penile tissue and restores sexual performance in men.

Penile fibrosis prevents good and lasting penetration with your woman… this brew FIXES penile fibrosis for many men who drink it. 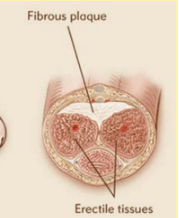 Matt Cook is editor-in-chief of Daily Medical Discoveries. Matt has been a full time health researcher for 26 years. ABC News interviewed Matt on sexual health issues not long ago. Matt is widely quoted on over 1,000,000 websites. He has over 300,000 daily newsletter readers. Daily Medical Discoveries finds hidden, buried or ignored medical studies through the lens of 100 years of proven science. Matt heads up the editorial team of scientists and health researchers. Each discovery is based upon primary studies from peer reviewed science sources following the Daily Medical Discoveries 7 Step Process to ensure accuracy.
Advanced glycation end-products: a common pathway in diabetes and age-related erectile dysfunction http://www.tandfonline.com/doi/abs/10.3109/10715762.2013.821701Lipid peroxidation in aging and age-dependent diseases http://www.sciencedirect.com/science/article/pii/S0531556501001310Biochemical basis of lipofuscin, ceroid, and age pigment-like fluorophores http://www.sciencedirect.com/science/article/pii/089158499600175XAge-related changes in lipid peroxidation products in rat adrenal gland https://link.springer.com/article/10.1007/s11357-998-0018-4?LI=true