This amino acid may let any man become much stronger… And remember that bigger muscles burn more calories so they make you thinner… You may even get super-human strength (see this newsletter; it’s pretty amazing)

Pop a Booster Bite in Your Mouth for Instant Erections

This is the fastest way to get a natural testosterone boost. No pills, patches, or procedures required.

You can use my Booster Bites when you’re on a date, in bed about to have sex, or in your car heading to visit a female friend…

And as soon as you pop one of these little bite-sized T-boosters into your mouth, you will instantly start to experience a higher sex drive and better sexual performance.

Your penis will swell up with hot, pumping blood… allowing you to impress any girl with your sexual energy as many times as you want…

And you can get my Booster Bites right now, free, today. 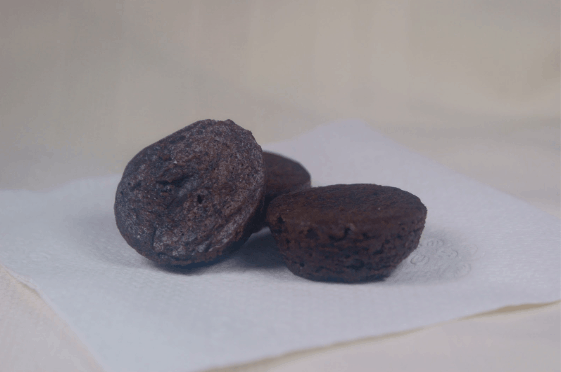 Lift the Tesla Off the Baby (How to Do It)

Remember those stories about when a car was crushing a baby, and a man got superhuman strength to lift an entire car?

That’s what today’s article is about.

You may have heard about creatine… It’s one of the world’s most popular supplements.

Creatine is known for amplifying the effects of resistance training.

In combination with training, creatine can increase muscle mass and strength.

It also has many protective effects on the brain.

Usually, creatine studies are done in combination with an exercise regimen.

A rare study on the effects of creatine without exercise shows that creatine supplementation can improve strength and performance in older men.

The researchers conducted this human study at the Department of Health and Physical Education at the University of Hawaii. They published their results in the Journal of Medicine and Science in Sports and Exercise.

One of the problems with aging is the decrease in muscle mass and muscle strength.

Weakness and muscle loss can lead to falls…

When this happens to older people, they can end up living in care.

Any mechanism that can protect and strengthen muscle during aging is very valuable.

Creatine is well known to enhance muscle strength and power in younger people when combined with resistance training.

“Creatine supplementation has been shown to enhance muscle strength and power after only 5-7 days in young adults.”

These considerations led to the scientists testing the effect of creatine for older people.

“Creatine supplementation could, therefore, benefit older individuals because aging is associated with a decrease in muscle strength and explosive power.”

This study enrolled men between 59 and 72 years old.

They put the recruits through a high-quality double-blind placebo-controlled trial.

The men went through a number of physical tests.

The participants repeated this comprehensive battery of tests three times.

Everyone completed the test once – and then again seven days later.

Then the researchers divided the group into two. They supplemented one group with creatine and one with placebo.

Seven days later the creatine and placebo groups repeated the test for the third time.

There were no significant improvements between test 1 and test 2 – before anyone had received creatine.

“No significant increases in any performance measures were observed from tests 1 to 2 – with the exception of isometric right-knee flexion in the placebo group.”

The group who received creatine after test 2 showed remarkable improvements over the next seven days.

“The responses from tests 2 to 3 were significantly greater in the creatine group compared with the placebo group.”

…without exercise or diet/lifestyle changes.

“Functional capacity” is a measure of assessing how well people can move around the world and take care of themselves.

And they achieved these results without any exercise during the intervening period.

An increase of 15% in strength in just seven days without any exercise is incredible.

It makes you wonder what creatine could do over a longer period.

In some cases, creatine can cause stomach upsets.

It is also risky for people with kidney problems.

But no side effects were reported in this study.

“No adverse side effects were observed.”

The authors conclude that creatine may be a useful tool to help with healthy aging.

“Creatine supplementation may be useful for older adults to minimize loss in muscle strength and performance of functional living tasks.”

Creatine is one of the most commonly used supplements in the world.

Some foods, such as beef, salmon, and tuna contain small amounts of it.

While it is a relatively safe supplement, it is dangerous for people with kidney problems.

You should always see a healthcare professional about the appropriate use of supplements.

These men eat whatever they want. They drink alcohol, smoke cigars…

And they live to be in their 100s, full of energy, and having more sex than men half their age…

So what’s their secret? What’s allowing these older men to act like teenagers again?

Matt Cook is editor-in-chief of Daily Medical Discoveries. Matt has been a full time health researcher for 26 years. ABC News interviewed Matt on sexual health issues not long ago. Matt is widely quoted on over 1,000,000 websites. He has over 300,000 daily newsletter readers. Daily Medical Discoveries finds hidden, buried or ignored medical studies through the lens of 100 years of proven science. Matt heads up the editorial team of scientists and health researchers. Each discovery is based upon primary studies from peer reviewed science sources following the Daily Medical Discoveries 7 Step Process to ensure accuracy.
Daily Medical Discoveries has strict sourcing guidelines and relies on peer-reviewed studies, academic research institutions, and medical associations. We avoid using tertiary references. You can learn more about how we ensure our content is accurate and current by reading our editorial policy. To continue reading about Creatine and other topics that pertain to men, click here. If you’d like further information, feel free to check out these references: