Many of us go through life with a very slow moving gut.

And we’re surprised we have problems.

These problems can include prostate inflammation, high blood pressure, heart issues, erectile dysfunction, and even cancer.

A lot of this could probably be prevented.

Waste products sitting in the gut and digestive tract lead to toxin buildup and lots of health issues.

How many bowel movements should you have per day?

If we can speed up and strengthen the contractions of the gut, we can avoid, or even resolve these!

Then we can have several bowel movements a day, and have a healthy gut — which leads to a healthy body.

We need to know how often a person should have a bowel movement to be healthy.

And getting enough potassium is a great way to make sure you’re having good bowel movements.

So in this newsletter, I want to talk about how to speed up your gut by making sure you’re getting enough potassium. 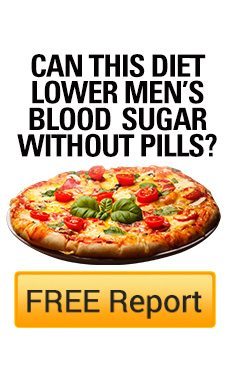 I want to tell you what you need to know about potassium.

And we are going to look back at an old study.

Why are we looking at an old study?

It’s because a lot of the new studies are sponsored and paid for by the drug companies.

The largest studies are usually showing the least benefit.

That’s because they need to have enormous numbers of people involved to get valid statistics.

All the people and testing cost a LOT of money.

So the drug companies fund the studies to get a lot of fancy statistics.

And then they use these numbers to show any benefit at all of the drug that they are promoting.

But in the old days, they did a lot of studies just for the sake of science.

There are still some people doing science for the sake of knowledge.

But most research is unfortunately quite politically motivated and paid for by the big drug companies.

So, we’ll be using an older study today to look at gut issues.

A lot of people today suffer from constant stomach problems.

People with stomach sensitivity who can’t eat a lot of different foods.

All of these issues make it difficult for the body to regulate bowel movement.

So first let me refresh you on what you need to know about potassium.

Potassium is found in fruits, vegetables, milk and fruit juice.

Potassium and sodium need to be in balance.

And these need to be in balance along with enough calcium and magnesium.

These four elements, sodium, potassium, calcium, and magnesium are known by chemists as the “alkaline metals.”

You need to have them in balance for your body to function properly.

If you’re not consuming much potassium, you’re not going to be in balance.

Without that balance, you don’t have healthy bowel movements.

This study shows that the result could be a lot of gastrointestinal problems.

In a study, researchers did a variety of experiments with animals.

They tested the effect of potassium levels on the gastrointestinal tract.

The researchers found that people really do need a LOTof potassium.

They also found that potassium is lost very easily through the process of urination and defecation.

It was shown that potassium deficiency may lead to muscle weakness and eventual paralysis. Pathologic lesions in cardiac muscle occur.

Most people are not going to be so low in potassium that they have paralysis.

But many of us are very low in potassium because we need a very high sodium diet — and we don’t get enough potassium.

I’m a huge fan of getting high amounts of sodium.

But you also need to get high amounts of potassium to balance it all out.

If you have a lot of processed foods, you are getting high amounts of sodium but not nearly enough potassium.

This could be like let’s say a sandwich with processed meats, protein shakes, and a typical dinner.

But there are plenty of foods to stimulate bowel movement by providing you the right amount of potassium.

A glass of milk can have 600 mg of potassium.

A glass of orange juice can also have about 600 mg of potassium.

This is one of the many reasons why I believe drinking orange juice and milk is healthy for most of us.

But most people don’t drink enough of these to get the amount of potassium they need.

I remember that before I discovered this, I would get cramps.

I would get cramps in my fingers and my toes.

I found that taking a little bit of potassium would make the cramps go away almost instantly.

If you go to the supermarket, you can buy what they call light salt or no salt.

You can dissolve just the tiniest bit in a little water and drink it if you get cramps.

And the cramps will generally go away.

That’s because you needed to have some instant potassium and these products contain a lot of potassium.

I would notice I got the cramps a lot when I had salty snacks like chips. 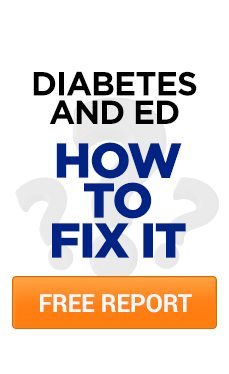 Now that I eat a healthier diet, I don’t get those cramps anymore.

But you do need to be careful with potassium.

You want to get most all your potassium from real food.

The light salt or no salt is just a shortcut in case you get cramps.

But it can be life-threatening if you take too much of that type of potassium.

Be especially careful if you’re on certain medication or have kidney problems.

So in the study, they found that when you have low potassium, the contractions of your gut are much weaker than they should be.

What this does is it lets the food sit in your gut for much longer periods of time.

Food that’s it your gut for a long time ferments.

The fermentation results in vast amounts of serotonin and endotoxins that your body has to deal with.

These have to be cleaned from the blood and digestive tract.

Then they need to be defecated out.

Most of us don’t have nearly frequent enough bowel movements.

And potassium can help with that.

You should have plenty of potassium.

Eat enough fruit, and you’ll find that you have two or three bowel movements a day — and you feel a lot better.

Having one bowel movement a day or one every other day is a recipe for serious illness.

Because all that food is sitting in your gut slowly fermenting and resulting in vast amounts of serotonin and endotoxins.

Another result is that the gastrointestinal system gets waterlogged and inflamed.

Here is a photo.

The GI system on the right is inflamed, distended and dysfunctional. 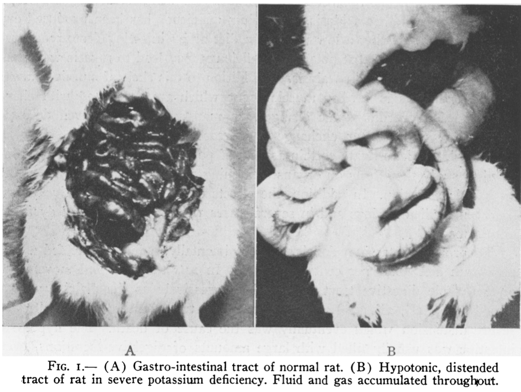 Getting enough potassium can speed up and strengthen the contractions of the gut.

This will lower the amount of endotoxins in your body.

It will also lower the amount of serotonin that you are having to absorb and deal with.

As I’ve shown you before, high serotonin leads to fibrosis in the body including penile fibrosis.

And high endotoxins lead to inflammation.

This inflammation creates a perfect environment for diabetes, heart disease, prostate inflammation, and even probably cancer.

You might want to consider increasing your potassium by consuming a lot more fruit juice, and milk.

And of course, eat plenty of fresh fruit.

Matt Cook is editor-in-chief of Daily Medical Discoveries. Matt has been a full time health researcher for 26 years. ABC News interviewed Matt on sexual health issues not long ago. Matt is widely quoted on over 1,000,000 websites. He has over 300,000 daily newsletter readers. Daily Medical Discoveries finds hidden, buried or ignored medical studies through the lens of 100 years of proven science. Matt heads up the editorial team of scientists and health researchers. Each discovery is based upon primary studies from peer reviewed science sources following the Daily Medical Discoveries 7 Step Process to ensure accuracy.
The Effect of Potassium Deficiency on Intestinal Motility and Gastric Secretion http://www.ncbi.nlm.nih.gov/pmc/articles/PMC1616818/