Fish oil is all the rage these days.

But what if it is actually not so good for you?

That’s what we’re going to look at today.

Is this trend toward higher consumption of fish oil helping us?

Or is it doing us more harm than good?

In this study, they gave rats a diet that included a good deal of fish oil.

Then researchers sacrificed the rats so that they could study them.

They looked into the rats’ livers and their brains.

The researchers wanted to see what effect the fish oil had on these organs.

Keep in mind that they didn’t feed the rats huge amounts of fish oil.

The rats were fed substantial amounts of fats in general.

But the researchers didn’t feed them tons of fish oil.

They gave the rats diets that were fairly balanced.

The diets were balanced with different types of oils.

They were supplemented with fish oil, salmon oil, or corn oil, along with substantial amounts of other oils.

In other words, they were getting a balance of Omega-six, Omega-three, and saturated fatty acids.

The results were striking!

When the researchers looked at the rat brains and livers, they were shocked.

Large amounts of omega-3 and omega-six fatty acids ended up in the brain.

And they ended up in the liver. 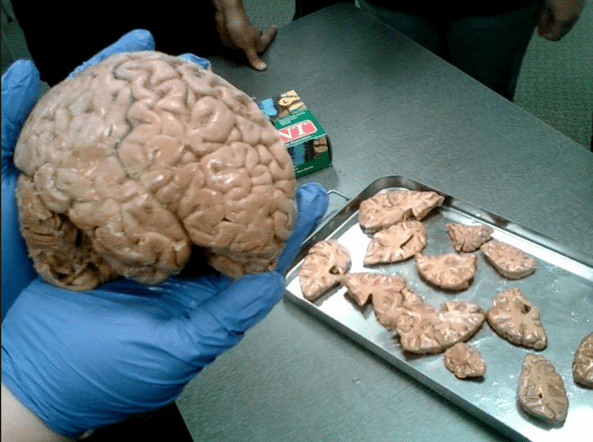 These deposits of fatty acids seem to result in what is called “yellow fat disease” in animals.

And it is seen mostly in any animal who eats fatty fish regularly.

It causes the brain and the liver to become filled with large amounts of omega-3 and omega-six fatty acids.

Steatitis causes a range of symptoms from greasy, dull, flaky skin up to severe pain and sensitivity when touched.

It can even cause depression and a loss of appetite to the point of anorexia.

If these fatty acids are causing this type of damage in animals, it is likely they are doing similarly to humans.

It is possible that the effects of increased fish oil will be difficult for the brain to reverse after the fish-oil diet has been changed to a normal one.

Moreover, at least for brain cell cultures, the essential fatty acids can either be produced by the liver or are supplied directly by the diet .

This isn’t good news for most of us.

Let’s look at the results in another way by looking at how they react in your kitchen.

Consider that we cook with many of these oils.

If you take these fatty acids out of the bottle, they quickly go rancid.

Fish oil can grow rancid in just a few minutes.

Omega-six oils such as vegetable oil can go rancid within a day or two.

In the body, they can go rancid in minutes.

The quicker degradation process is because the body has the ideal set up for things to go rancid.

The body has the high oxygen content and high temperature that will make fatty acids rancid very quickly.

The researchers were stunned.

As they reported:
If excess fish oil alters hepatic function, brain recovery will be even more difficult.

Hepatic function is the fancy way to describe the long list of things that the liver is responsible for doing.

The liver plays a role in the metabolism of everything we consume.

And it acts as storage for the vitamins and iron that the body needs.

So hepatic function is how the medical community terms how well the liver does all of its jobs.

The researchers go on to note that fish oil is acting on the body like a drug.

They state that it should be studied a lot more before it is widely recommended.

Unfortunately, the warning comes too late — too many people are already taking large amounts of fish oil.

The effects of the fish oil on the liver and the brain are not all positive.

Because it hasn’t been studied enough, there is currently no proven safe and effective dose of fish oil for supplements.

I suggest that you get any fish oil that you need by just eating fish occasionally.

I also think you should not take fish oil supplements of any kind.

This is just one of many studies showing the dangers of consuming fish oil.

See this for more on Brain damage, and see more on diet and exercise, and for more information see effects of eating healthy.