Or is going vegan the key to longevity…? 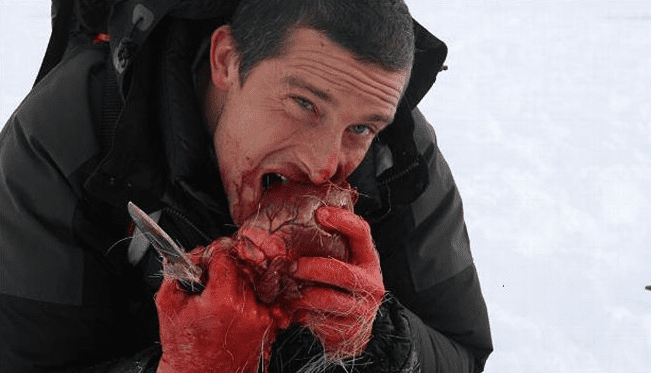 But now he ONLY eats meat.

He says vegetables “are really not good for you” and that they destroyed his kidney health.

The truth is — ALL of these so-called “gurus” are wrong.

…men who smoke, drink, and have sex almost every day…

There is a big push against meat consumption these days – there is a lot of money behind it – I am sure you have noticed….

Some people want you to eat bug-burgers and lab grown pseudo-meat.

They claim this is good for the environment and good for your health.

I leave the environmental claims for others to deal with…

But the idea that consumption of moderate amounts of unprocessed meat is bad for your health is on pretty shaky ground.

For example, recent research using UN data shows that the consumption of meat is associated with increased longevity.

The human research was done at the University of Adelaide in Australia. The paper was published in the International Journal of General Medicine.

There has been a lot of promotion of veganism over the last few decades. It has been all over the mass media…

But behind the scenes there are some real problems with the science used to promote these diets.

The anti-meat “science” has time and again been found guilty of cherry picking data to suit their preconceived ideas.

“The association between a plant-based diet and extended life span is increasingly criticized since it may be based on the lack of representative data and insufficient removal of confounders such as lifestyles.”

The authors of this study decided to carry out a simple but powerful analysis looking at the relationship between meat consumption and life expectancy.

“We examined the association between meat intake and life expectancy at a population level based on ecological data published by the United Nations agencies.”

The authors used data collected by the UN from countries all over the world.

“Population-specific data were obtained from 175 countries/territories.”

They looked at the relationship between life expectancy and meat consumption.

They also looked at the relationship between life expectancy and the consumption of carbohydrate crops – the main source of calories worldwide.

“Scatter plots, bivariate, partial and linear regression models were used to compare the correlations between newborn life expectancy, life expectancy at 5 years of life and intakes of meat, and carbohydrate crops.”

The researchers also took into account the other major factors which are known to affect life expectancy.

The results of this study are disappointing for the vegan and bug-burger brigades.

Eating meat was associated with a longer life.

Even when taking into account possible confounding factors, worldwide consumption of meat was associated with greater longevity.

Before bug-burgers and lab-meat were being pushed it was carbohydrate crops like wheat which people were nudged toward consuming.

But none of the analysis showed that these carbohydrate crops increased longevity.

“Stepwise linear regression selected meat intake, not carbohydrate crops, as one of the significant predictors of life expectancy.”

Increased consumption of starchy carbohydrate crops was associated with a shorter life expectancy.

There are many reasons why moderate consumption of non-processed meat should be expected to be good for human health.

This study showed that worldwide meat consumption is associated with increased longevity.

“Conclusion: If meat intake is not incorporated into nutrition science for predicting human life expectancy, results could prove inaccurate.”

…naturally healthy, happy, and sexually fulfilled as a man, hopefully to 120 or beyond!

Inside “Healthy to 120” are all of my most groundbreaking discoveries, discoveries like:

I think you are just the kind of guy who would find this information life-changing.

And I hope this book can allow you to hopefully begin living this same type of life yourself with a beautiful woman by your side.

Matt Cook is editor-in-chief of Daily Medical Discoveries. Matt has been a full time health researcher for 26 years. ABC News interviewed Matt on sexual health issues not long ago. Matt is widely quoted on over 1,000,000 websites. He has over 300,000 daily newsletter readers. Daily Medical Discoveries finds hidden, buried or ignored medical studies through the lens of 100 years of proven science. Matt heads up the editorial team of scientists and health researchers. Each discovery is based upon primary studies from peer reviewed science sources following the Daily Medical Discoveries 7 Step Process to ensure accuracy.
Total Meat Intake is Associated with Life Expectancy: A Cross-Sectional Data Analysis of 175 Contemporary Populationshttps://pubmed.ncbi.nlm.nih.gov/35228814/