Opiates are dangerous. We know this, but doctors keep prescribing them to men like you and me.

And I get it – when you’re in severe, chronic pain, you will do ANYTHING to make it stop.

But now you don’t have to turn to addictive and dangerous opiates.

Because I’ve developed a brand new formula for men that starts relieving chronic pain in as little as 30 seconds.

I call it my “Fusion Formula” and it’s 100% natural. It’s not addictive… And it’s not harmful at all.

More than 21,262 other men are already using this Fusion Formula to live a pain-free life, and now you can try it for FREE

Here’s the Fusion Formula that stops pain better than opiates.

Did You Know That These Common Foods Contain Opiates?

But you may wonder why this matters to you since you don’t take opiates.

But it does matter – because our brains actually do produce some opiates.

And we also get them from some foods, such as wheat and dairy.

Opiates from food have been found in the cerebrospinal fluid and have been linked to emotional disturbances and autism.

So, even without taking Big Pharma treatments, we all have opiates in our brains – opiates that inhibit logic and critical thought.

For people interested in boosting brain activity, the anti‐opiates in coffee can help.

There’s even reason to believe that much of the creativity that happened during the Renaissance was fueled by coffee!

We all know that coffee contains caffeine, a drug most often given credit for the mental boost – but coffee also contains opiate blockers as powerful as naloxone.

(Naloxone is the drug they use to halt opioid overdoses.)

This could be the real reason for coffee’s effects:

This was first shown as far back as 1983, in the journal Nature.

These Australian researchers isolated a fraction of coffee that reversed the effects of morphine on muscle.

It also reversed the effect of our enkephalins (two opiates our body makes naturally).

In addition, it also displaced morphine from receptors.

This isolate of coffee can do a lot of stuff!

They didn’t characterize the exact coffee molecule back then, so very little was known about it.

How much of this stuff was in the coffee? At what degree of roast? And do our bodies absorb it at all?

In a follow‐up study a few years later, they made a bit of progress and pinpointed the chemical class…

But it wasn’t until 2004 that a coffee researcher, Tomas de Paulis, resurrected this line of research and brought these effects to the foreground:

By separating fractions of coffee, and fractions of those fractions, de Paulis was able to determine the actual molecule.

It can displace naloxone and morphine at a low concentration:

Coffee has many anti‐opiates, but only a few strong ones.

And luckily for coffee drinkers, the second strongest one is found in the highest amounts.

“In particular, the caffeic acid derivative 4-CQL, which is found in all roasted coffees, showed in vivo inhibition of morphine-induced anti-nociceptive behavior in mice with the same order of magnitude as that reported for naloxone.”

The researcher de Paulis was a good investigator, but he wasn’t a very nice guy…

He used the cruel “hot plate test” on rats to assay the effects of morphine – and also to determine the ability of coffee compounds to reverse this.

This anti‐opiate molecule in coffee reversed the effect of morphine and restored the sensitivity of rats to the hot plate.

While not good for the rats, this increased nervous sensitivity could translate to higher cognition.

And this molecule does get absorbed.

This powerful anti‐opiate drug actually shows up in the plasma after we drink coffee:

The researchers gave the 11 participants an equivalent of seven ounces of roasted coffee, which included these powerful anti‐opiates.

And they detected these molecules in the participants’ plasma shortly afterward.

But, unfortunately, the concentrations declined after only two hours…

Which means that coffee drinking must be sustained – for long periods of intense mental activity.

I don’t have a problem with that!

In fact, simply eating anything at all – any food in general – can release opiates in the brain.

For example, moments after leptin (a hormone) is released to signal fullness, the opiate β-endorphin follows.

This is the body’s reward for overeating…

But, of course, that is something that shouldn’t be rewarded.

It can help prevent this from happening – and it can bring people back to reality when it does happen.

And the degree of roasting certainly does matter:

Since green coffee has no anti‐opiate properties, researchers decided to see how this happens and to what extent.

They found, quite surprisingly, that a light roast coffee actually has more of the 4‐caffeoyl quinide: the anti‐opiate.

This is because excessive roasting further transforms the anti‐opiate molecule into a more inactive compound.

So besides having a bit more caffeine on average, light roast coffee has more anti‐opiate effect; it is all‐around more biologically active.

“The optimum degree of roasting to achieve a maximum amount of lactones in coffee is light-medium roast (~14% weight loss), whereas darker roasts yield lower amounts.”

Coffee can stimulate a person in two ways: It improves cognitive function by inhibiting the opioid system, and also increases the general metabolic rate through caffeine.

And coffee actually contributes a ton of antioxidants to the diet, which modestly lowers prostate cancer risk.

Although people still think and say that coffee is “unhealthy” – this idea is generally not supported by science.

It has even been shown consistently to reduce the risk of Parkinson’s disease (Hernán, 2002).

His wife was asking him, “Don’t you love me anymore? What’s wrong?”

Here’s the terrible secret he was hiding from his wife… 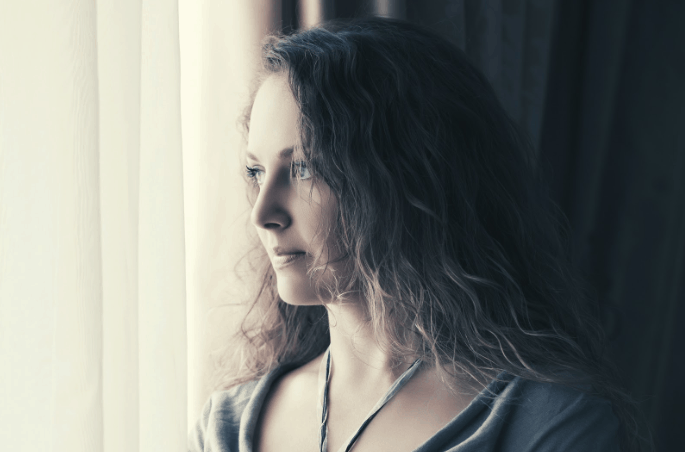 Matt Cook is editor-in-chief of Daily Medical Discoveries. Matt has been a full time health researcher for 26 years. ABC News interviewed Matt on sexual health issues not long ago. Matt is widely quoted on over 1,000,000 websites. He has over 300,000 daily newsletter readers. Daily Medical Discoveries finds hidden, buried or ignored medical studies through the lens of 100 years of proven science. Matt heads up the editorial team of scientists and health researchers. Each discovery is based upon primary studies from peer reviewed science sources following the Daily Medical Discoveries 7 Step Process to ensure accuracy.
Daily Medical Discoveries has strict sourcing guidelines and relies on peer-reviewed studies, academic research institutions, and medical associations. We avoid using tertiary references. You can learn more about how we ensure our content is accurate and current by reading our editorial policy. To continue reading about coffee and other topics that pertain to men, click here. If you’d like further information, feel free to check out these references: