Wow… This spice has long been a traditional remedy, but now scientists are reporting it can STOP prostate cancer in men…

Warning: Have You Been Told These Shocking Prostate Facts?

Here is the full, uncensored story of how to avoid dangerous, sexually catastrophic prostate mistakes and add decades to your life…

Ginger is one of the most popular spices in the world.

It’s also known across the planet as a traditional remedy for many ailments.

The root of this plant is most well-known for its ability to stop nausea.

AND scientists have recently discovered that it seems to slow the growth of prostate cancer.

These scientists carried out animal experiments at the Department of Biology, Georgia State University. They published the results in the British Journal of Nutrition.

The health-giving effects of this spice have made scientists curious about its anti-cancer potential.

“Ginger has been known to display anti-inflammatory, antioxidant and antiproliferative activities, indicating a role as a chemopreventive agent.”

This study was the first investigation into the effect of ginger on prostate cancer.

“There are no available reports that have tested the potential usefulness of ginger extract in prostate cancer.”

First, the researchers looked at the effect of the spice on human prostate cancer cells in a Petri dish.

It also caused cancer cells to die at a faster rate.

If those results translate into living animals, then it really should slow the growth of prostate cancer.

So the researchers moved on to animal experiments.

“We wanted to determine whether the anti-cancer effects were restricted to cell cultures or were extended to living animals.“

This is the researchers transplanted human prostate cancer into lab mice.

They gave half of the experimental animals a ginger extract supplement.

“Animals in the treatment group were fed daily with 100 mg/kg ginger extract.”

The researchers tracked the progression of tumors in the animals.

Tumors grew uncontrollably in the animals that did not receive the spice extract.

Over two months, the animals given the spice had significantly slower tumor growth.

“A reduction in tumor burden by approximately 56% was observable after eight weeks of 100 mg/kg per day oral feeding.”

AND the mice given the spice extract showed no signs of side effects.

“Ginger was well tolerated, and mice maintained normal weight gain and showed no signs of discomfort during the treatment regimen.”

The researchers sacrificed the animals and examined the tumors two months after the start of the experiment.

“A 53% reduction in tumor weight was observed in the ginger-treated group compared to the control group.”

So the effect on prostate cancer in mice was the same as in the cell experiments.

Accelerated and uncontrolled growth is a hallmark of cancer cells.

But some other cells grow and divide pretty rapidly under normal circumstances.

The researchers looked at the effect of ginger on healthy cells with a normally high turnover.

“Ginger did not exert any detectable toxicity in normal, rapidly dividing tissues such as gut and bone marrow.”

So it seems to target a cancer-specific mechanism.

Practitioners of traditional medicine across the globe know about this spice’s wide array of health benefits.

But this is the first scientific study on ginger and prostate cancer.

“This is the first report to demonstrate the in vitro and in vivo anticancer activity of whole ginger for the management of prostate cancer.”

Researchers estimated the amount of ginger extract and fresh ginger that would be the human equivalent to that used in the study.

“The human equivalent dose of the ginger extract was 567 mg for a 70 kg adult, which perhaps can be obtained from about 100 g of fresh ginger.”

When it’s powdered or ground, it’s is 4-8 times more potent than fresh.

So the same effect might be found in 12-25 grams of ground ginger.

It’s been used for thousands of years and is relatively safe.

But it can lower blood sugar and should be tested in much smaller doses first.

It’s also known to interact with anticoagulant and antiplatelet medications.

You should consult a healthcare professional about treating and diagnosing any health problems.

I popped one of these in my mouth on my way home to meet my loving, sexy wife, Jodi…

She was up waiting for me, and I knew she wanted me to give it to her good and be able to last…

And that’s just what these bite-sized goodies do for men – they boost our natural testosterone levels, so we can get incredibly erections that last 30 minutes or more.

They’re perfect in a pinch. And you can take them with you everywhere you go.

I call them Booster Bites and you can get yours free right here. 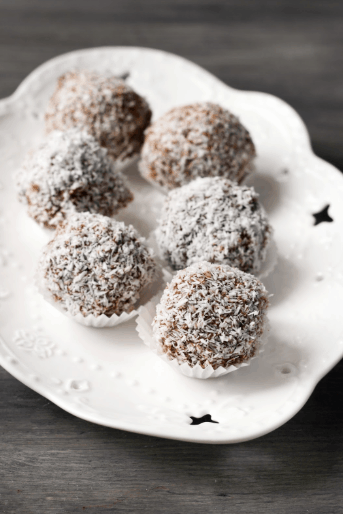 Matt Cook is editor-in-chief of Daily Medical Discoveries. Matt has been a full time health researcher for 26 years. ABC News interviewed Matt on sexual health issues not long ago. Matt is widely quoted on over 1,000,000 websites. He has over 300,000 daily newsletter readers. Daily Medical Discoveries finds hidden, buried or ignored medical studies through the lens of 100 years of proven science. Matt heads up the editorial team of scientists and health researchers. Each discovery is based upon primary studies from peer reviewed science sources following the Daily Medical Discoveries 7 Step Process to ensure accuracy.
Daily Medical Discoveries has strict sourcing guidelines and relies on peer-reviewed studies, academic research institutions, and medical associations. We avoid using tertiary references. You can learn more about how we ensure our content is accurate and current by reading our editorial policy. To continue reading about ginger and other topics that pertain to men, click here. If you’d like further information, feel free to check out these references: