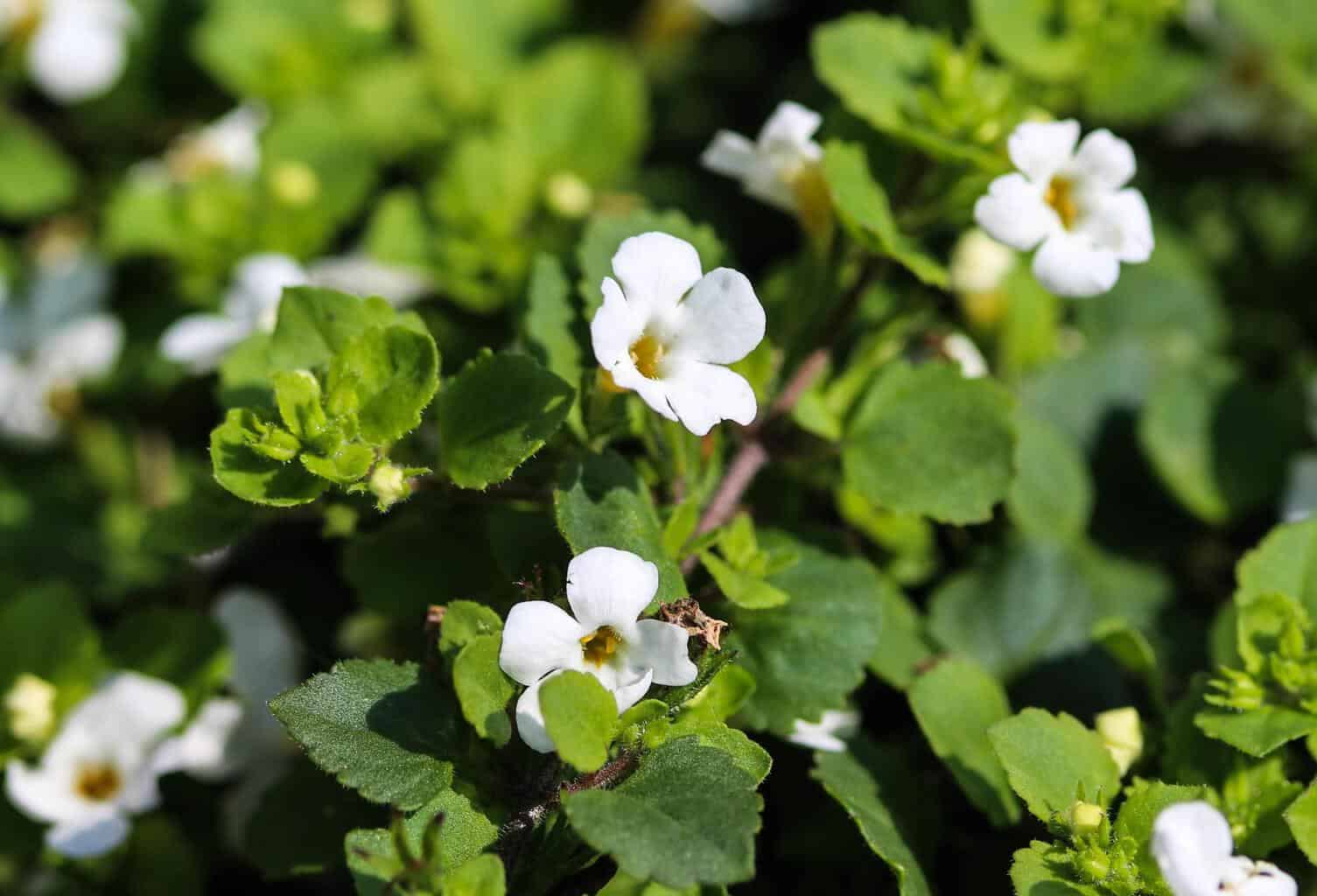 Best-selling book tells you how – get your free copy…

I don’t know about you, but I plan on living to at least 120 – naturally, without pills or procedures.

And you can too with the help of my best-selling book, Healthy to 120.

This book is my life’s work…

And you can find every single one of my discoveries in plain, easy-to-understand language.

These breakthrough discoveries will allow you to live to 120 and beyond – healthier, happier, and having more sex than ever before.

Here’s just a peek of what you’ll find inside Healthy to 120:

I know you’re going to love this book…

And if you hurry, you can still get one of the last copies for free – click here.

Breakthrough: This herb makes the 80-year-old brain like a 20-year-old’s

No list of herbal nootropics is complete without Bacopa monnieri, a perennial creeping herb with white flowers.

Although Bacopa monnieri grows worldwide, it was first appreciated by subcontinental Asians (in India).

This plant appears in many ancient Ayurvedic texts… The root is indicated for enhancing cognition.

That makes it one of the first official “nootropics” – about 2,000 years before the term existed.

(ojas = vital essence of the tissues)

In this particular Ayurvedic text, and in nearly all others, it is referred to as “Bráhmi.”

This is a more detailed text and states that Bacopa “improves the memory, leads to the expansion of the intellectual faculties, and imparts a celestial glow to the complexion.”

So I am a bit skeptical.

And that simple fact casts a shadow of doubt on the entire book chapter.

If living to 500 years were even possible (and I plan to live to 120), I cannot imagine that any particular plant could make it happen…

Even if that plant was blessed “a thousand times with the proper Mantras,” as is directed.

“He should take the expressed juice of the Bráhmi in an adequate dose after consecrating the juice a thousand times with the proper Mantras.” (from the Sushruta Samhita, c. 100 AD)

Notwithstanding the quaint aspects of ayurvedic medicine, something could probably be said about one particular herb being extolled above all others for so long.

Moreover, the value of Bacopa monnieri has recently been confirmed by science…

This is now a veritable nootropic herb.

Yet its mechanism of action has remained elusive ever since being studied biochemically.

Researchers have proposed multiple explanations… and then abandoned them…

These range from GABAA activation to acetylcholinesterase inhibition.

Yet none of these mechanisms are particularly straightforward or even realistic…

The small acetylcholinesterase effect from concentrated extracts can easily be accounted for by the nicotine it contains –Chopra, 1956.

Although very convincing and consistent, the clinical effects of Bacopa monnieri in humans begin to occur after weeks or months…

Whereas nicotine works immediately and then stops working as soon as it’s metabolized – which is the reverse effect.

“No known clinical studies have yet evidenced an acute effect of Bacopa monnieri on human cognition… To summarize, the clinical research evidence B. monnieri to be effective in decreasing the rate of forgetting, but perhaps only in tandem with chronic use.”

The delayed effects of Bacopa are probably best understood through a hormonal mechanism.

And that is actually in accordance with the first molecule implicated in its effects.

Bacoside-A is the main component of Bacopa monnieri – accounting for 3-5% of its dry mass.

This molecule is classified as a saponin, based on its physical properties…

Yet its core is actually a steroid:

Such glycosides have been shown to be hydrolyzed in the stomach by hydrochloric acid – and also by intestinal enzymes should that fail.

Moreover, cell membranes have enzymes that are capable of cleaving these glycosidic bonds.

So you can rest assured that bacoside-A doesn’t stay that way for long… It transforms into its aglycone steroid (bacogenin-A1).

You could think of the glucose molecules as being delivery agents for what’s attached.

Glucose makes fat-soluble molecules more water-soluble and increases their dispersal within the plasma.

This is important because bacoside is very similar to ginsenoside, the saponin that scientists think is responsible for the effects of Panax ginseng.

After hydrolysis, both free steroids would have hydroxy groups on the #20 and #3 carbons, two methyl groups on the #4 carbon, and an identical isoprene “tail.”

And that herb is actually more highly prized and researched.

There are eight times more published articles about ginseng on Google Scholar – so it should be no surprise that its mechanism is more understood.

Ginsenoside becomes panaxadiol after metabolism. Decades ago, scientists showed that it activates the glucocorticoid.

And this theory of the mechanism is believable because of its structure.

And because of its similarity to panaxadiol, bacogenin could be suspected of functioning the same way.

And those are both novel primary components of their respective plants (requisites that explain why these and not just any herb have the reputation they have).

Glucocorticoids, as a class, have acquired a bad reputation because most also activate the mineralocorticoid receptor.

And despite the fact that dexamethasone binds to the mineralocorticoid receptor with the greatest affinity, it’s still known as a “glucocorticoid” by many.

And that corrupts the literature with a negative bias. 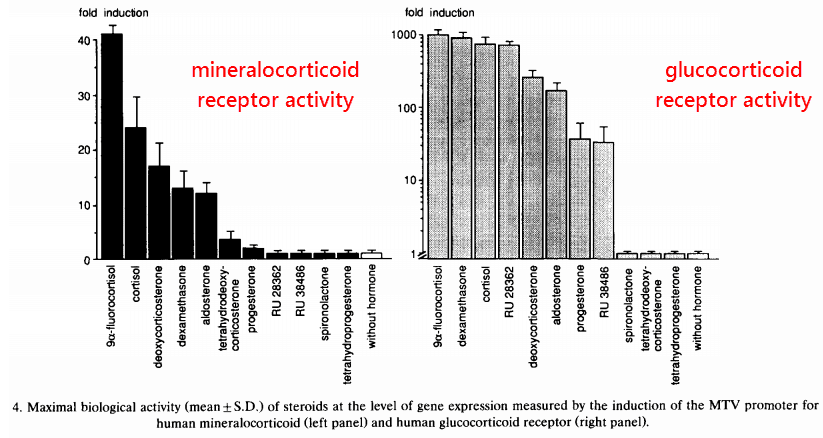 On account of this substantial receptor cross-reactivity, it would be better to simply call them “corticosteroids”…

And maybe reserve the terms “mineralocorticoid” or “glucocorticoid” for those having a high specificity for just one receptor type.

Panaxadiol is one such steroid…

It has a roughly five fold specificity for the glucocorticoid over the mineralocorticoid receptor.

Receptors for androgens, estrogens, glucocorticoids, mineralocorticoids, and progesterone were all assayed for the ability of Panax ginseng to displace their respective ligands:

And many other studies imply that ginsenosides don’t bind and activate the mineralocorticoid receptor, such as studies showing that ginseng increases hair growth.

Panax ginseng had no activity on either estrogen or androgen receptors, though Siberian ginseng was able to displace estradiol.

But since Siberian ginseng (Eleutherococcus senticosus) belongs to an entirely different genus from Panax ginseng, this fact shouldn’t affect your perception of ginsenosides.

Siberian ginseng is not even related to true ginseng, being a berry that contains primarily nonsteroidal terpenes.

The chance of adulteration is another reason why Bacopa monnieri may be a better choice than Panax ginseng.

Besides containing a slightly higher concentration of steroid glycosides (3% vs. 4%), Bacopa monnieri is:

(2) Has a greater geographical prevalence

(4) Is thus not likely sold adulterated with other plants

Panax pseudoginseng is also suspected of being used as a cheaper substitute for true ginseng.

“Highest affinity binding was to glucocorticoid receptors, with an approximate Ki of 8 μM for Panax ginseng. Such interactions may explain the reported glucocorticoid-like effects of ginseng in vivo.”

Subsequent studies show that pure ginsenoside (not dilute extract) has a binding affinity between 1–10 μM (Lee, 1997).

This is on par with our endogenous glucocorticoids… It is certainly potent enough to work after routine consumption.

So it appears that ginsenoside is a selective glucocorticoid, a rarity.

Now let’s see what this can do to cells:

After previously confirming ginsenosides can activate the glucocorticoid receptor more than anything, these researchers investigated its actions on stem cells.

They found that ginsenoside Rg could induce differentiation of cells into neurons.

So it’s reasonable to expect anything that promotes the growth of these to increase cognition.

This happened at a reasonable concentration of 10 μM, which is certainly within the range achievable from routine ginseng consumption.

“After 10 days of treatment, Rg1 significantly increased the population of neuron-like cells with neurites that were three times longer…”

They also found that 1 nM of dexamethasone worked initially and then stopped after six days, perhaps on account of mineralocorticoid receptor expression.

On the other hand, ginsenoside Rg1 kept working indefinitely.

This could be how it works in people…

Selective glucocorticoids could enhance both neurogenesis and glucose levels in the brain, all without activating the problematic mineralocorticoid receptor.

Cortisol activates both receptors, which is perhaps exactly what you’d want for a stress hormone.

By liberating glucose and increasing blood pressure all at once, the body is primed for action in times of threat.

This nootropic action could be why ginseng is so highly prized in China and Japan.

This plant contains ginsenosides, which are selective plant glucocorticoids without mineralocorticoid action.

A meta-analysis published in the British Journal of Pharmacology concluded, after reviewing all the human trials, that Bacopa and ginseng both have real effects.

But that might have been only because the ginseng trials were all short-term and the trials using Bacopa lasted for months.

“Chronic Bacopa monnieri interventions generally produced the most consistent and largest effect sizes… The highest effect sizes for cognitive outcomes were 0.77 for modafinil, 0.86 for Ginseng, and 0.95 for Bacopa.”

With the chemically similar Bacopa monnieri doing likewise by extension.

So science eventually confirmed (using double-blind clinical trials and in vitro cell studies) what Ayurvedic medicine had been saying (though exaggerating) for thousands of years.

And whichever you choose, if any, it’s important to note that the effects could take a few weeks to manifest.

The active metabolite appears to be the aglycone (i.e. the steroid core) – so it could take some time before brain levels increase to the point of efficacy.

“In addition, a study of reported side effects in a number of patients led to the description of a syndrome not unlike that of glucocorticoid excess, termed the Ginseng Abuse Syndrome…”

—-Important Message for Men Who Want to Live Longer—-

When I want more potency and vigor, I do this simple little exercise at home and I’m raring to go.

It works because it raises my temperatures and literally makes my metabolism the same as when I was a young man of 20.

And you can do the same in your life.

In fact, if you don’t, you will find that you deflate as a man and find everything tougher, slower, lower, and colder.

But with this simple little exercise — well now you are always ready, always hot to trot.

And it’s wonderful for a man’s overall health and longevity too.

Here’s what you can do at home to restore a youthful metabolism. 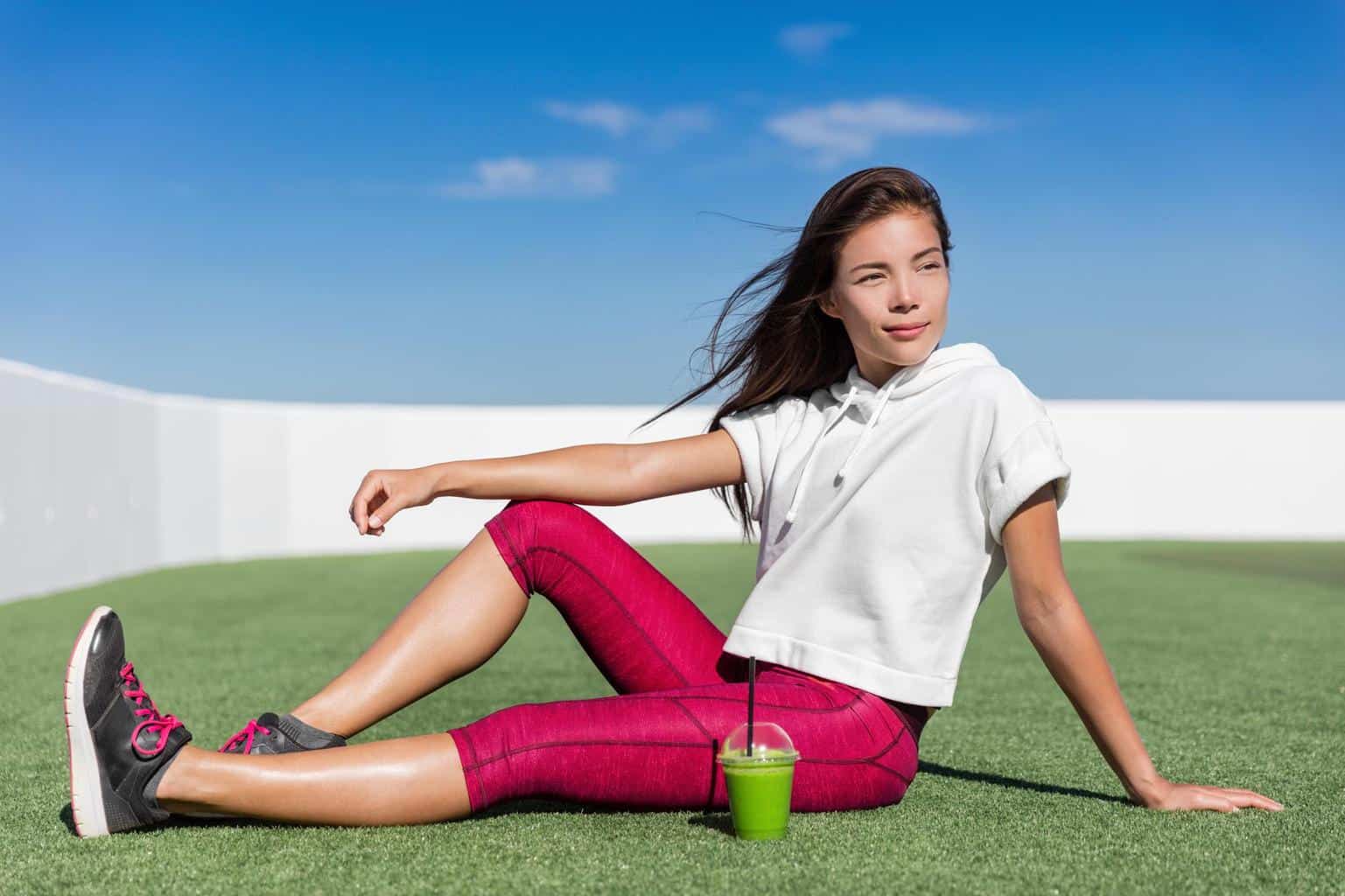 Matt Cook is editor-in-chief of Daily Medical Discoveries. Matt has been a full time health researcher for 26 years. ABC News interviewed Matt on sexual health issues not long ago. Matt is widely quoted on over 1,000,000 websites. He has over 300,000 daily newsletter readers. Daily Medical Discoveries finds hidden, buried or ignored medical studies through the lens of 100 years of proven science. Matt heads up the editorial team of scientists and health researchers. Each discovery is based upon primary studies from peer reviewed science sources following the Daily Medical Discoveries 7 Step Process to ensure accuracy.
Daily Medical Discoveries has strict sourcing guidelines and relies on peer-reviewed studies, academic research institutions, and medical associations. We avoid using tertiary references. You can learn more about how we ensure our content is accurate and current by reading our editorial policy. To continue reading about Bacopa monnieri and other topics that pertain to men, click here. If you’d like further information, feel free to check out these references: