Aspirin is a combination of salicylic acid and acetic acid.

The original component of aspirin is salicylic acid.

Salicylic acid was found in willow bark and isolated and turned into a drug.

Nobody really knows why aspirin is so beneficial.

I could go on and on about the benefits of aspirin.

Aspirin is a very powerful ally against cancers.

Nobody knows why aspirin works the way it does.

There is a fashionable idea in medicine which could not be more incorrect.

It’s what I call the “lock and key” belief.

The theory is that drugs fit like keys in a lock.

The locks are receptors located on the cells.

But the receptors idea really doesn’t make much sense, and it’s wrong.

We evolved long before we could create the drugs we use today.

So how could we possibly have receptors for all of these man-made compounds?

And it’s already been proven wrong.

But there is a better theory out there.

Dr. Gilbert Ling is a famous researcher who has developed the theory that goes far beyond “lock and key” receptors.

His ideas are the foundation of modern MRI, for one. 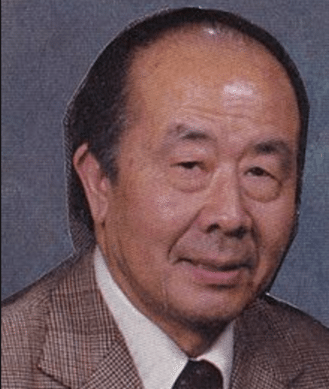 The whole idea of receptors and cells as bags of watery goop surrounded by oil-based membranes has been disproven for over 50 years.

And yet they still teach this ridiculous doctrine!

There is no aspirin receptor.

Aspirin is a miracle molecule that works by unknown means, and it may have to do more with the vibrational frequency of the molecule itself than anything else.

In any event, the big objection to aspirin is that it hurts that stomach.

Years ago, the drug companies used this against aspirin.

They introduced a round of then-expensive drugs called NSAID’s.

These include ibuprofen (Motrin) and naproxen (Aleve).

NSAID’s work on a very similar mechanism as aspirin.

But they are stronger in some ways than aspirin.

They work better in some ways than aspirin.

But they lack the anticancer mechanisms of aspirin.

And NSAID’s don’t support the body in the same way aspirin does.

I will take a NSAID occasionally, but I take aspirin all the time.

I take it because aspirin is good for the health.

The NSAIDs are not really good for our health.

However let’s get back to the stomach upset thing.

The drug companies made a big fuss about that to pave the way to introduce the NSAID’s as a better option.

But, in fact, all of the NSAID’s can cause ulcers in the stomach or the intestine.

Aspirin is actually probably the most benign choice.

Here’s a very interesting study where they gave rats large amounts of aspirin.

They found that the aspirin caused stomach ulcers.

This wasn’t much of a surprise.

But they found something truly interesting as well.

They found that aspirin stimulates the stomach lining to produce certain molecular compounds that heal the ulcers.

These compounds make the stomach resistant to future assaults by aspirin or even other irritating chemicals.

The result is that aspirin actually PROTECTS the stomach against future ulcers.

Gastric adaptation to aspirin enhances the mucosal resistance to injury by strong irritants probably as a result of the restoration of the gastric blood flow and increased cell proliferation that may result from increased mucosal expression of EGF and its receptors.

The bottom line is that aspirin may hurt the gut initially but then protects it after a time.

This is not to say that everyone should just take aspirin and ignore any kind of stomach pain they get.

Aspirin should be taken with care.

It should be taken with other compounds to make the most of it with the least consequence.

It should be taken with glycine and baking soda dissolved in hot water.

And sometimes it should be taken with a bit of ascorbic acid.

This is usually enough to make almost anybody tolerate aspirin.

And as the study shows, if you get over the initial hurdle of taking aspirin, it gets easier.

As everything else that we discussed, talk to your doctor about aspirin.

You should discuss it with them before taking aspirin or increasing the dose of aspirin that you’ve been prescribed.

But you may find that aspirin is better for you than you think.

See this for more on Stomach Healing, and see more on Medicine, and for more information see effects of Aspirin.